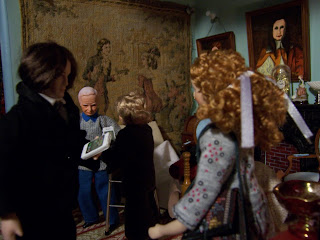 I hope you will be able to forgive Raymond, Dear Readers, for his very unkind opinion of Daphne. As far as he was concerned, she had No right whatsoever to be a part of her child's life! She had given up that right when she had walked... no, run, out of the Lawyer's office, abandoning her child all those years ago. That she had not signed any papers giving up her rights was beside the point. At least this is what he told himself, even though it was a weak point legally. In his heart he was convinced that any woman who would abandon her child to strangers did not deserve the right to share that child's life, did not deserve to be a Mother to that child. Even so, he was not completely surprised to see Renee's ...... no he would not refer to her as Renee's Mother..... ! ... but to see "That woman" again... and in the parlor talking with Yvonne and Guillaume....! No, it did not surprise him, but it made him angry instead! He glared at her, but she was watching Guillaume and Yvonne and seemed to not notice him at all. 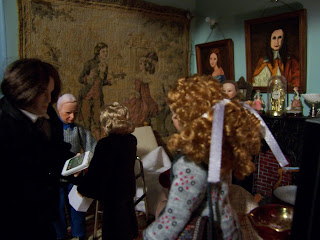 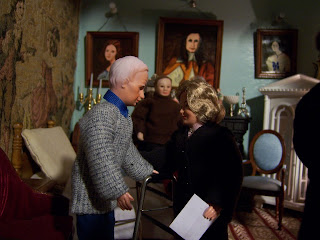 Yvonne had been so overcome by hearing Guillaume speak
after all those months and years of silence,
that she really had not listened to What he said!
"Ah, my darling," she said, "You are so right!"
"And we need a Nanny...!" she added. 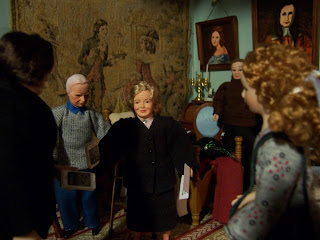 And turning to Raymond, she declared
"We will hire her to be our new Nanny!" 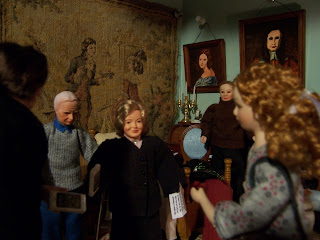 "Provisionally, of course," she added as she looked at Daphne,
"while we see how everyone gets along." 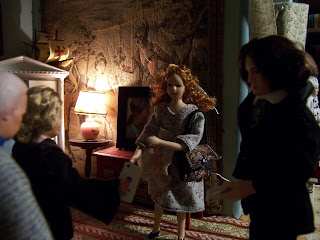 "The Nanny....?" stammered Daphne, completely taken by surprise!
And at the same moment Raymond spoke up...
"I beg your pardon, Madame,
but I cannot approve of this action!" he declared. 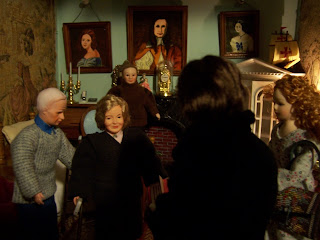 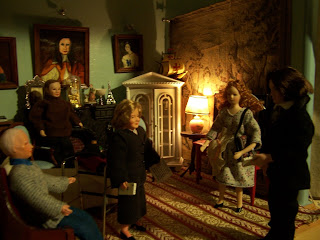 "But I think it is our best option for now...." said Madame. 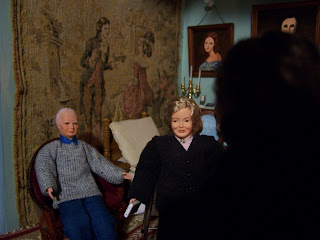 Raymond looked to Guillaume,
but Guillaume was watching ..."that woman".
"Please...." he whispered hoarsely as he gazed at Daphne. 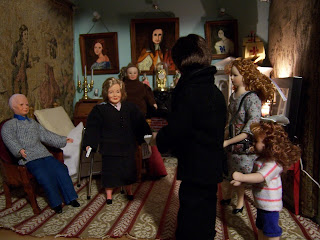 And just at that moment Renee ran into the room.
"Ray-Ray..." she called excitedly...
"Cook says we are going to have chicken....!" she exclaimed. 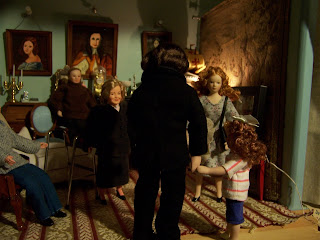 "Raymond, you must introduce the new Nanny..." declared Yvonne.
"And show her where everything is..." she added. 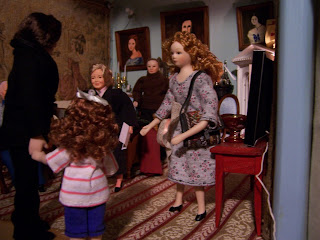 Daphne stared at the young Lawyer... Raymond....
who seemed to dislike her so...
yet clearly was her child's... Renee's... trusted friend,
and felt an unwelcome stab of jealousy!
This man clearly had the love of her Daughter...
while she was just a stranger....
and was to be hired as the new Nanny! 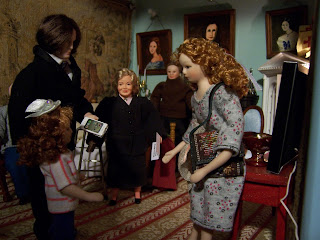 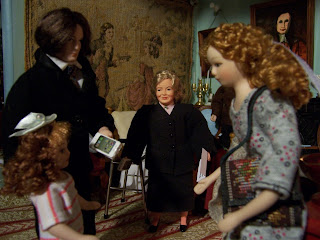 And leaning down to Renee she said
"I am so delighted to meet you!"

Well, Dear Readers, I hope you will understand....
More or Less....
That with the hiring of the Nanny....
Daphne's story continues!