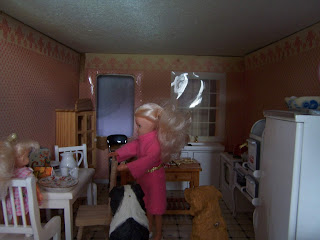 Sally May was Upset, Dear Readers, because the weather forecast was for bitter Cold temperatures to arrive for Thanksgiving. Sally May loved to cook and was always happiest when she shared with her whole family, and Thanksgiving was such a family affair, it was her favorite Holiday! But this year it seemed as though it would be impossible to host the family at her home. This was due to the windows in several rooms still not having been fixed! 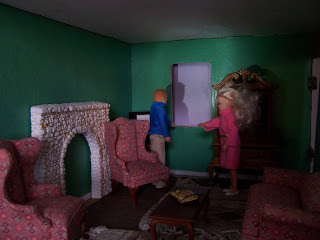 "I'm really sorry Hon," said Chip.
"The materials I had on order didn't arrive...."
"I could stretch some plastic over them
in the meantime...." he added apologetically. 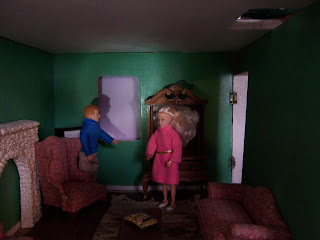 "That won't be good enough..." said Sally May, annoyed.
"We can't have the Grandparents over to sit in such Cold!"
"Oh, and that reminds me" added Chip,
"My folks decided to stay home and tend the fires.
They're worried the pipes will freeze if they are gone too long."
"I guess I'll call Mama and tell her
we can't have everybody here...." said Sally May. 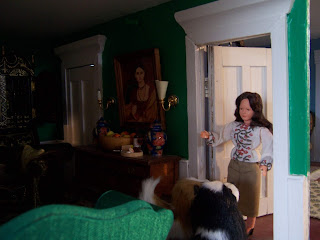 As soon as Joanna heard from Sally May, she went to find Helen.
"Sally May and Chip will not be able to host the Dinner..." she said.
"Their windows are still not fixed and it will be much too cold over there." 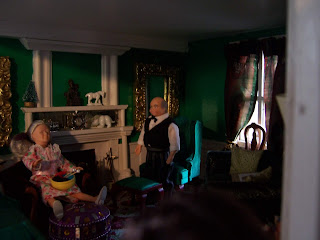 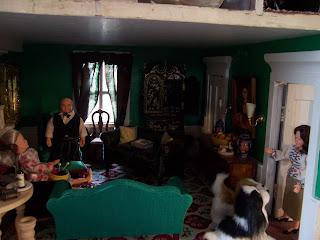 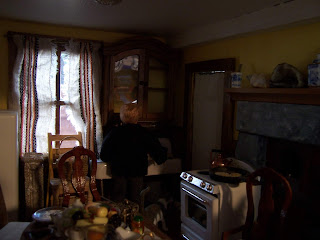 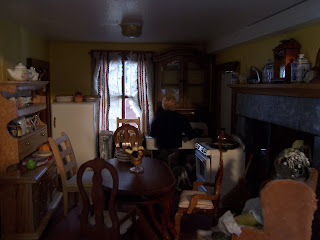 Before long the table was cleaner than it had been in a long time! 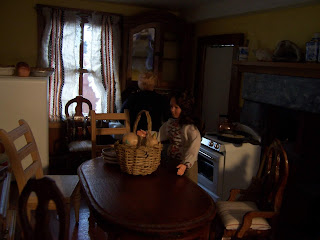 Joanna got started with peeling the squash and potatoes.... 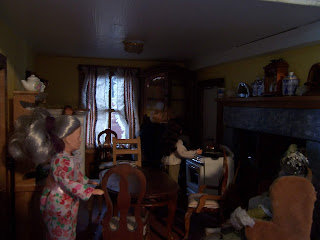 Helen joined her as soon as she had finished her row of knitting....
(she didn't want to drop a stitch!)
"Let me start making the stuffing..." she said. 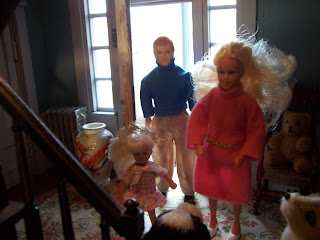 By the time Sally May and Chip
and Annabelle arrived,
the Turkey was stuffed and in the oven. 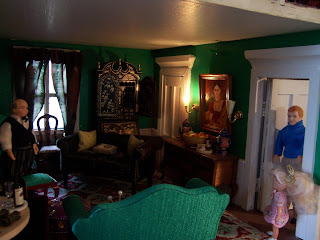 Chip and Annabelle joined Charles in the Living Room.
They knew better than to try and be in the kitchen! 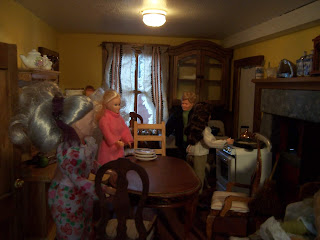 Sally May didn't want to be anywhere but the kitchen....
"Tell me what needs to be done..." she said as she arrived.
"I guess I will go see if Charles needs anything..."
said Victor, making his escape. 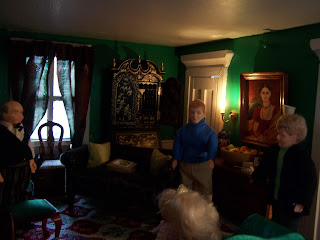 Charles and Chip were still just saying hello...
Victor knew just how they were feeling....
being an in-law himself...
It was best to leave the ladies to the kitchen
when they got started cooking!
Chip was wishing he could find a TV somewhere....
this was the only house he'd ever known that had no TV! 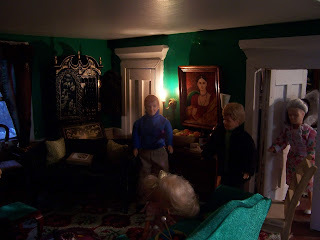 Eventually Helen came in to let them know the food was ready....!
But where was Pollyanna?
And Arthur? 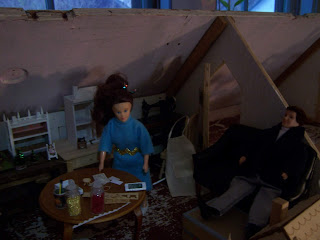 Well, Dear Readers, Pollyanna was playing
in her attic hideaway....
and Arthur may have been napping! 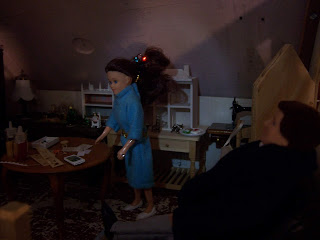 "Did you hear someone calling..." she said?
"Maybe we should go down now....
I can smell the turkey from here" said Arthur! 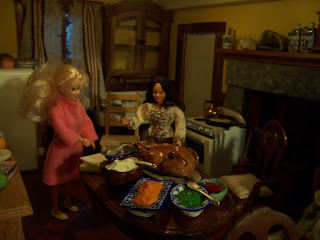 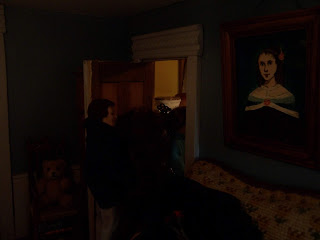 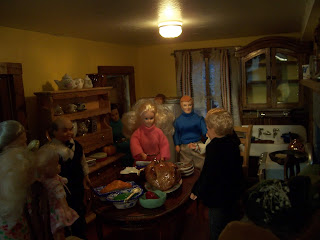 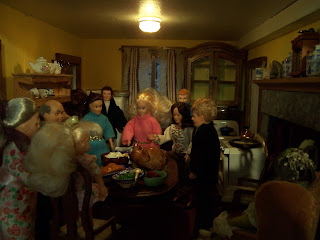 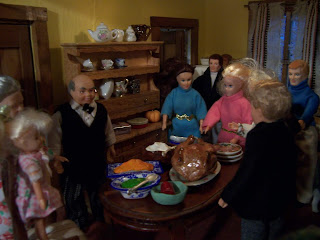 "First we say Grace, darling..." said Helen.
Charles cleared his throat and said the Blessing...
"May we all give Thanks for the great blessing
of the Bounty before us...
And may we never forget the Great Blessing
of a Wonderful Family to share it with!"
"Amen!" said Victor.
"I will carve..." he added happily!

Well, Dear Readers, I hope you all
have a Wonderful Thanksgiving!
And whether you are sharing it
Early or Late, with Few or Many...
I hope yours will be a Family Affair!
And I would like to add that I am Very Thankful
for the Great Blogland Family of miniaturists out there
All You who share so much with so many....
In a "Little" way, it touches me deeply!

Posted by Daydreamer at 8:33 PM