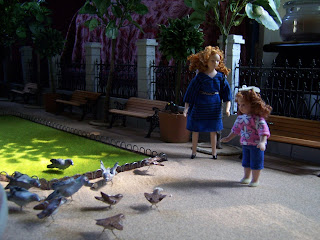 I am Sure you will not believe me, Dear Readers, when I tell you that it was only Yesterday that Renee and Daphne were visiting the Park after they had mailed the letter to Gabrielle, Renee's former Nanny. But such is the nature of Time that it sometimes passes faster than we can think, and sometimes seems to take forever! I will not argue with you if you think it has been a while since they were last at the Park because I know you will understand that they go every day whether we see them or not. But this morning the sun was still shining and Renee was eager to visit with her feathered friends, and Daphne was beginning to realize that there was little else to do! Was this really the sum total of her Daughter's world, she wondered to herself as they crossed the small Park toward the fountain? There was so much she didn't understand about Renee's life. Why was Monsieur deMontaigne so frail and quiet? Why did Madame deMontaigne seem to ignore Renee... her own Granddaughter? Why was the young Lawyer, not even a family member, so important to Renee? Why did Renee have no other children to play with...? Nothing seemed to be what she had expected to find! And she wasn't sure how to get answers. 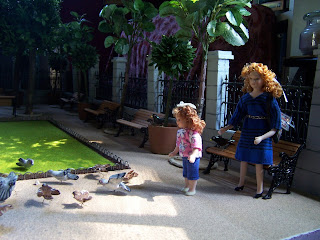 But she did know that she loved her daughter more
with every minute she spent with her!
She loved to watch her joy and fascination with the birds. 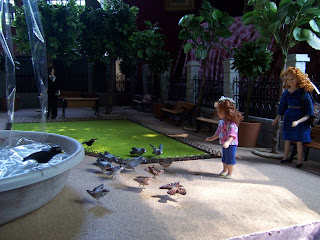 It was such a lovely day...
what could be better than sitting in the Park watching Renee? 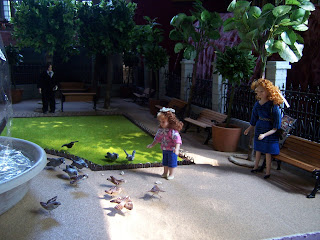 You might not be surprised to find that Raymond
was still not ready to trust Renee to Daphne's care.
He did not want to admit that he might be feeling
just a little jealous of their growing attachment.
He told himself that it was mostly the possibility
that Daphne might try to take Renee away
that made him follow them every time they went out.
After all, he knew nothing about her!
Where had she been living... and with whom?
Why had she suddenly decided to see Renee?
And there were those rumors about a man
asking about adopting a child
that matched Renee's description!
There were way too many unanswered questions
for his peace of mind! 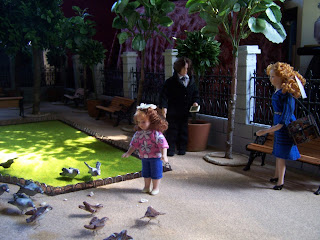 Perhaps now was a good time to get some answers,
he thought as he approached Daphne. 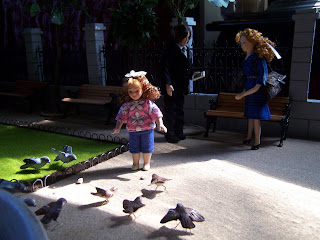 Daphne was annoyed to find the Lawyer following them again.
She really wanted to watch Renee!
But perhaps he could answer a few of her questions....
He certainly seemed to have a close relationship with the family. 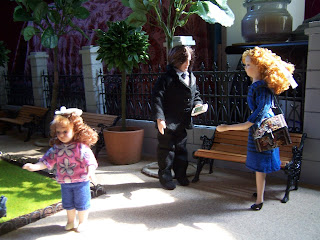 "Bonjour, Monsieur," she said.
"I assure you, I don't need a 'break' this morning" she added
as he approached with a determined stride.
"I was not planning to offer one" he replied curtly. 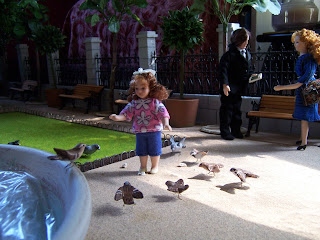 Renee was so absorbed by the birds,
she had not noticed Raymond at all.
There was one little bird that seemed to be watching her
as much as she was watching it!
She stood very still... 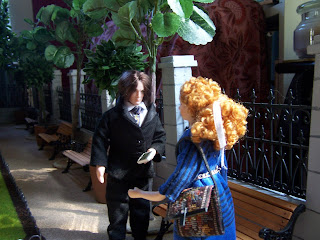 "But I do have a few questions for you" Raymond said.
"You still need to fill out all the employment forms
with your reference information.
We will need to know your permanent address...
banking information... who to contact in case of emergency" he added. 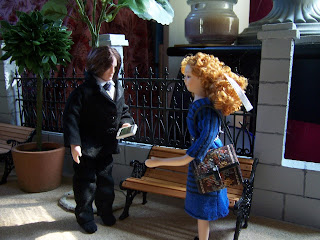 "Of course" replied Daphne.
"But I have a few questions too" she added.
"Can you explain why Monsieur deMontaigne is so frail...?"
Raymond stared at her for a long moment.
He was surprised to realize how beautiful Daphne looked in the sunlight!
"I do not gossip about my employers he said at last." 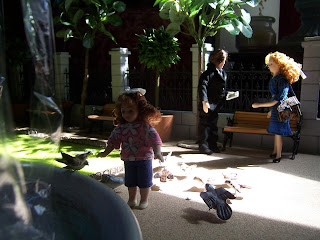 Renee can't believe the bird is just sitting there...
as if she is waiting for Renee to talk to her! 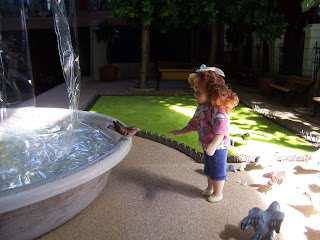 "Bonjour..." she whispers as quietly as she can! 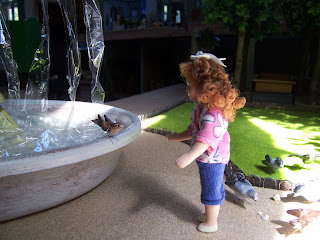 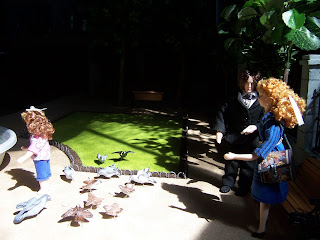 Daphne is not surprised that the Lawyer is not going to help her.
She turns to watch Renee. 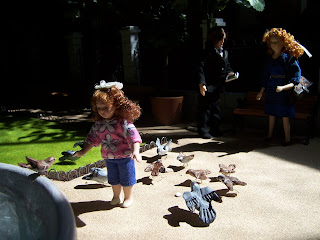 She seems completely absorbed by one little bird! 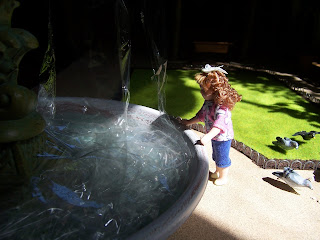 And a moment later the bird has disappeared...
but now the water has caught Renee's attention! 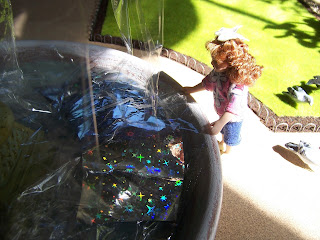 As she watches, it begins to sparkle with swirling stars.... 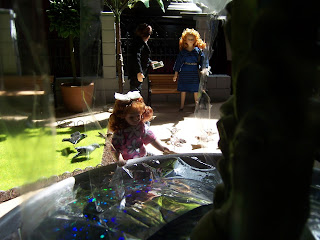 She holds her breath, waiting to see if it will stay....
Daphne sees that Renee's attention is on something in the water....
She feels a moment of fear as she remembers her dream.... 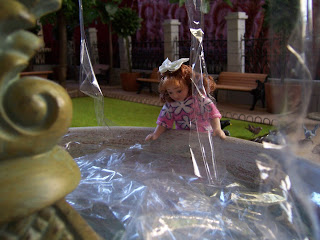 Renee reaches into the water to try and touch the stars.....
But they disappear! 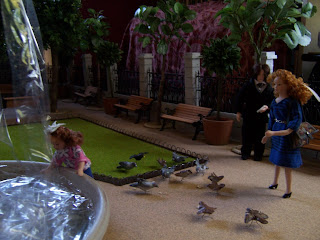 Suddenly the sun is gone.
Daphne calls to Renee to stay out of the water... 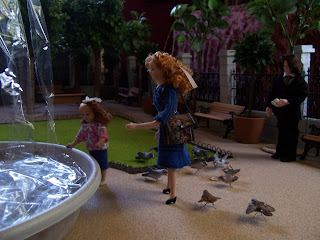 The day feels somehow changed....
Perhaps it is time to return home. 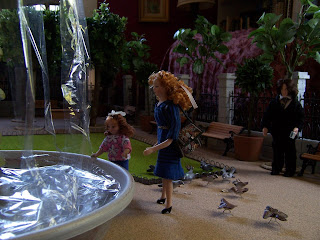 Whatever magic had been in the air a few moments ago, it was gone now.
She felt as though she had even more questions than before.
But she was determined to get her answers, no matter how long it took!

Well, Dear Readers, I hope you will forgive me
for leaving you here...
With Nothing to say...
And Too much to do!