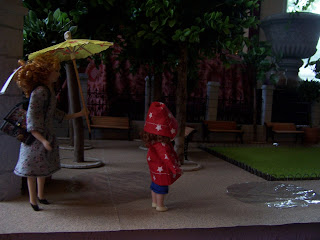 It has been Raining a lot in my real world, Dear Readers, making the days so dark and gloomy that I hope you will not be surprised to find the Park is full of puddles! Daphne and Renee had spent an entire day indoors because it was raining much too hard to go out, so when the rain became gentler on the following day, Daphne was as eager as Renee to go to the Park, even if it was still raining. Daphne did not have a rain coat, but she found an ancient parasol in the corner of the wardrobe, and decided that it would have to do! 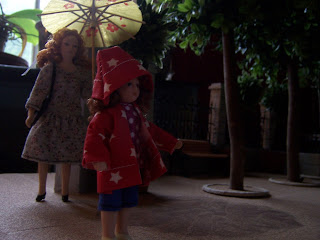 Renee had a raincoat and rain hat,
but they looked as though they were not often used. 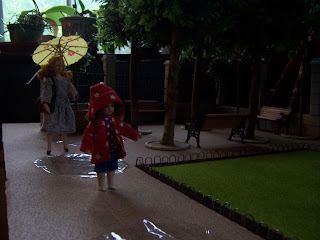 She was as excited as ever to get the the Park and see her friends the birds! 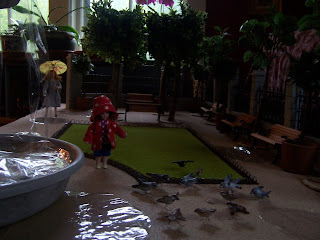 The birds were squabbling over a few soggy
crusts of bread and did not notice Renee. 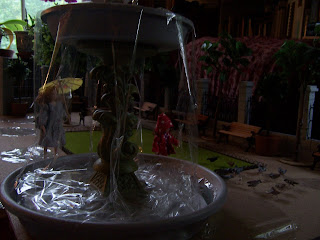 The fountain was nearly overflowing.... 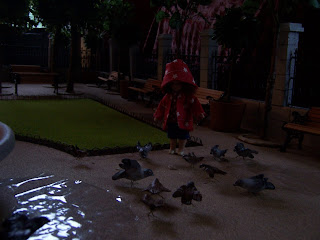 The birds did not mind at all! 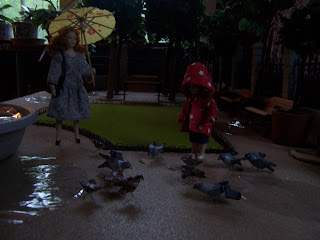 Daphne could not help but wonder at Renee's fascination with birds.... 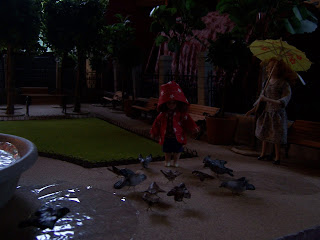 Renee had eyes only for the birds...! 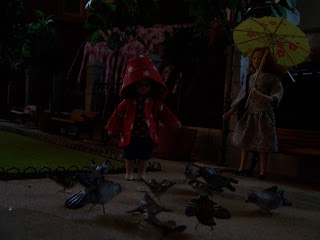 They were endlessly fascinating! 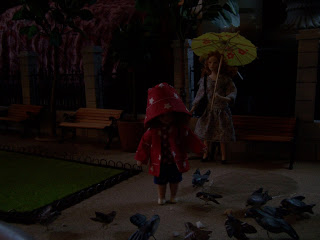 Daphne was not sure if this sort of obsession was normal or not....
Perhaps it was just because Renee was a lonely child... 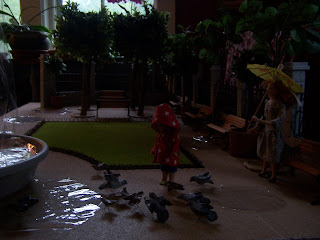 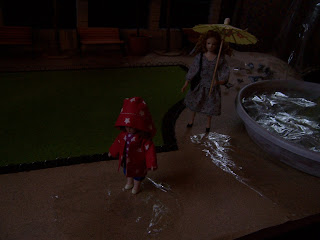 Renee noticed the puddles as they were leaving.... 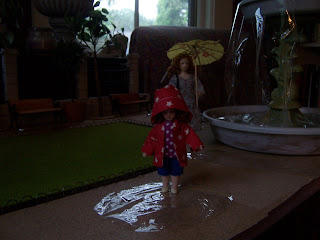 Daphne realized she hadn't thought to look for boots...! 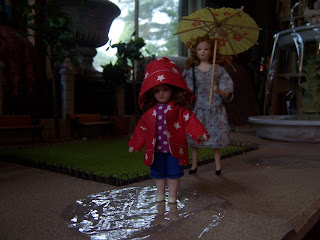 Renee ran to the next puddle and splashed in it too! 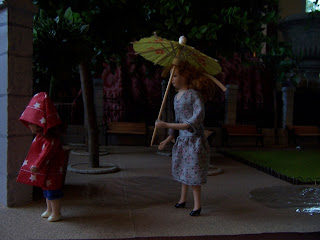 Daphne thought it wouldn't matter if her shoes got all wet,
they could change when they got home! 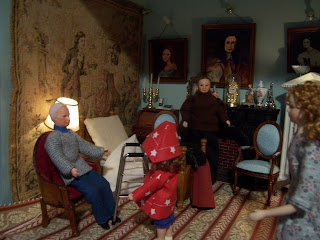 As they neared the House, Renee ran ahead
and when Daphne arrived,
Renee was in the Parlor telling her Grandpere
all about her visit to the Park. 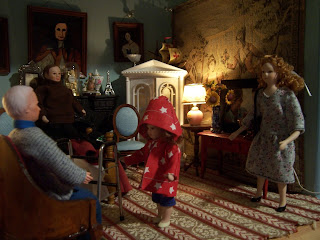 This was the first time Daphne had witnessed this ritual.
She had begun to wonder why there was
so little contact between Renee and her Grandparents! 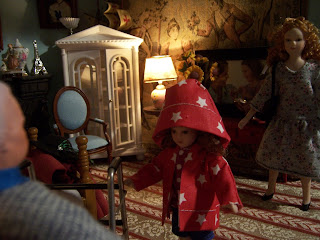 "Grandpere, All the birds were wet" exclaimed Renee excitedly!
"And there were puddles everywhere" she declared. 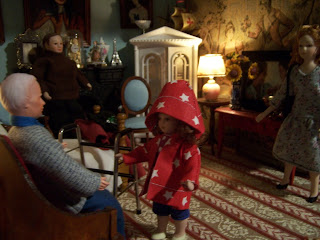 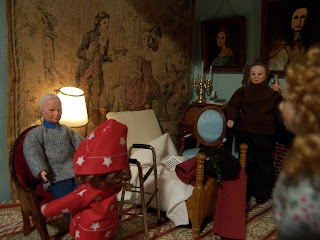 Daphne was fascinated to see them together.
Clearly Monsieur Guillaume loved his granddaughter!
"Poodles..." he said quietly.
"Not 'poodles' Grandpere," said Renee...
"I said 'puddles'" she repeated in a whisper.
"Ah,.... puddles!" replied Grandpere. 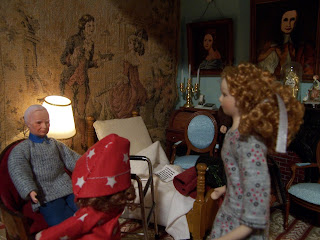 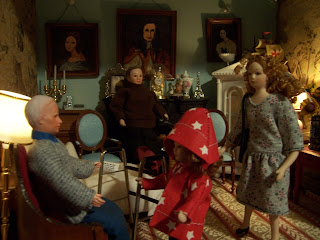 Daphne just looked at him and suddenly she understood....
This once proud and capable man had lost so much!
Clearly he had not completely recovered from his stroke...
no wonder he spoke so little!
But just as clearly, he loved Renee and she loved him!
"Don't worry..." said Daphne. "I understand."
"We will come see you ... more often...
if you don't mind..." she added?
He just nodded and Daphne called Renee
to come take her wet things off. 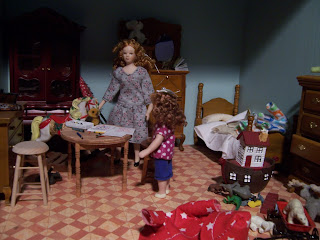 The Nursery felt warm and cheerful after the gloomy outing.
"Why don't you draw pictures for Hibou..." suggested Daphne.
"And draw one for Grandpere too..." she added. 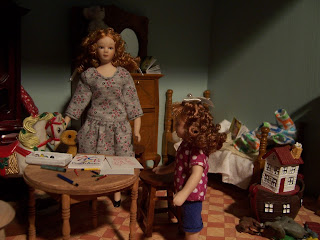 Her mind was racing with the new information...
she had so much to think over...
This put everything in a different light!
If Monsieur deMontaigne could barely speak or walk....
then who was in charge of all the estates?
Could it be that Madame had needed to take on that work, she wondered.
And if that was so, then who was paying attention to Renee's needs?
Somehow, every answer only brought more questions!
Well, Dear Readers, it was just
a Gloomy visit to the Park,
I hope you did not mind
Hopping in puddles....
Playing in the Rain!
Posted by Daydreamer at 9:36 PM