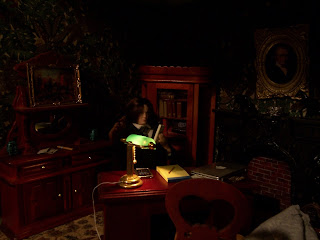 I Hope you will not mind me reminding you, Dear Readers, how short a time has passed since Gabrielle, Renee's former Nanny, was fired. It might seem like more time has passed, but I assure you it has been barely two weeks! Raymond had found Gabrielle a new position as Au Pair to his sister Fleur's daughter, Juliet, and she had gone to live with them in "The States". And you might recall that the other day when Daphne had insisted on mailing a letter from Renee to Gabrielle, she had commented that she thought she was acquainted with Fleur! Raymond had been very surprised to learn that, and it had bothered him ever since. He knew next to nothing about Daphne, and now that she was the "Nanny" he felt obligated to learn more about her. Perhaps, he thought, it was time to give his sister Fleur a call. He could check up on Gabrielle, make sure she was settling in well to her new job, and perhaps learn something about Daphne as well. 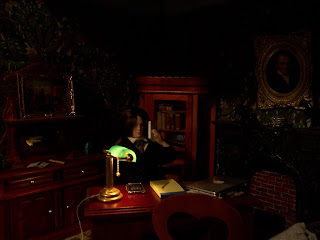 Perhaps Fleur would not have much to say...
but he felt he should give it a try. 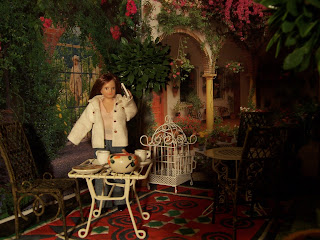 Fleur had just arrived at her favorite place to have lunch with friends.
It was an intimate little garden patio behind one of the local Hotels
and they served delicious sandwiches and fresh salads.
Fleur was always happy to hear from her brother....
she answered right away... 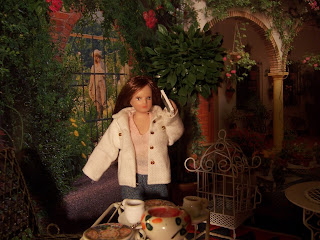 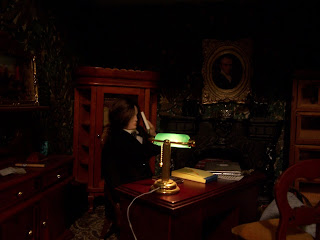 Raymond was in the habit of asking Fleur's advice
about most things having to do with raising children
as she was experienced and he trusted her good sense.
He had often called her with questions about Renee's care
and kept Fleur informed about Renee's development.
"Madame has hired the new Nanny...." he replied,
with less enthusiasm than Fleur would have expected to hear. 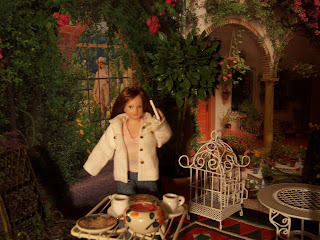 "What is the matter...?" asked Fleur,
hearing the diffidence in his voice.
"Did she not make a good choice?" 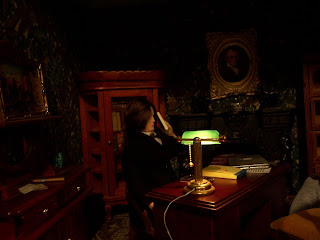 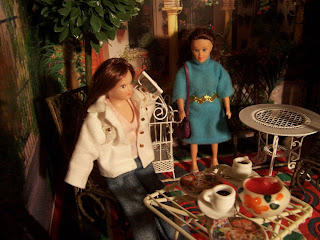 "Heavens" exclaimed Fleur!
"Why would she think that...." she asked?
"Well, the Woman showed up about the same time as there was
a man asking questions about adoptions...." replied Raymond.
"And Monsieur seems to think Renee needs her 'Mother'.... " he added.
"So now she is the 'Nanny'..." he said wearily. 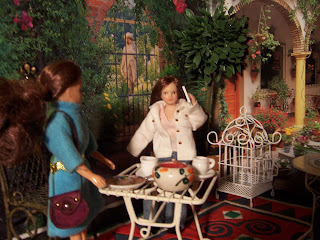 "And you are having to make sure she is not taking Renee...."
said Fleur, knowing her brother well.
Raymond sighed. "I do not trust her at all" he said.
"And the strangest thing is, she says she is acquainted with you" he added.
"Really.... ? What is her name..." asked Fleur?
"Her name is 'Daphne'".....he replied. "'Daphne O'Malley'". 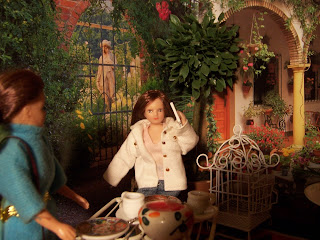 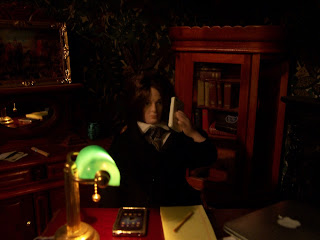 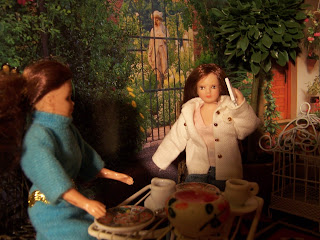 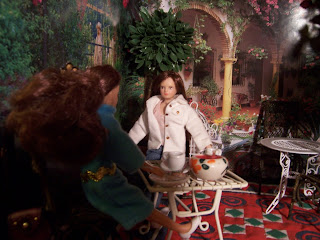 Fleur turned to Pollyanna.
She had been so caught up in her conversation
she'd given no thought to who might hear what she said...
"You heard all that ... didn't you" she said apologetically. 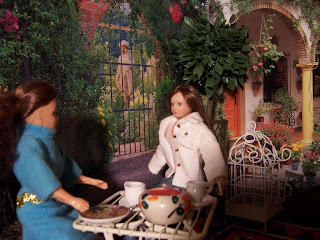 "I am shocked!" she added.
"Um... I take it that your brother thinks Daphne is the Mother
to the little girl he takes care of..." said Pollyanna uncertainly. 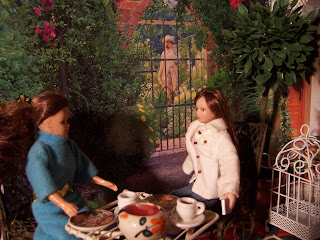 "Apparently she is the new "Nanny" to Renee" explained Fleur.
"She told Raymond that she knew me...!"
"There is no way it is not our Daphne" she declared! 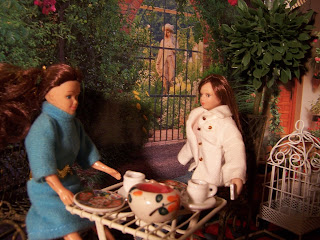 "Gosh" said Pollyanna...
"I can't really imagine Daphne is a Mother....
But it does explain why she has been so...
different... since she came home from France." 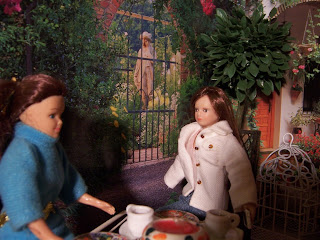 "But why did she never tell any of us..." wondered Pollyanna?
"Well..." said Fleur....
"I happen to know the other side of the story...
it is really very tragic."
She hesitated... but then continued.
"The father died before they could marry.
And the family only wanted the child...." 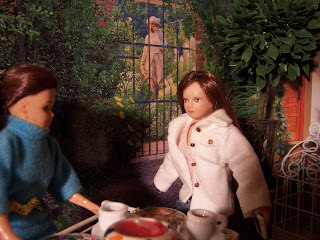 "Madame can be very determined when she wants something" she added.
"Apparently she convinced the mother to give up the child...
and Raymond has been looking out for her ever since...!"
"I cannot believe that Daphne was... is.... the Mother!" 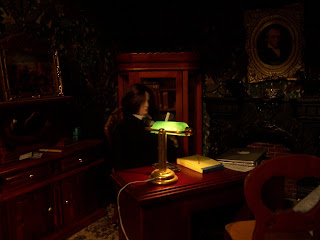 Raymond sat for quite a while after his sister said good-bye.
He didn't want to believe that the Woman he had disliked for so long
was actually a friend of his sister!
And he didn't like to acknowledge that
he was glad to hear she had broken up with her boyfriend.
It seemed as though he had learned more than
he wanted to about Renee's Mother!

And I hope you will understand Dear Readers,
that once again I must leave you here....
only a little wiser...
Having heard all the gossip!
Well, what do you know?
Posted by Daydreamer at 11:28 PM