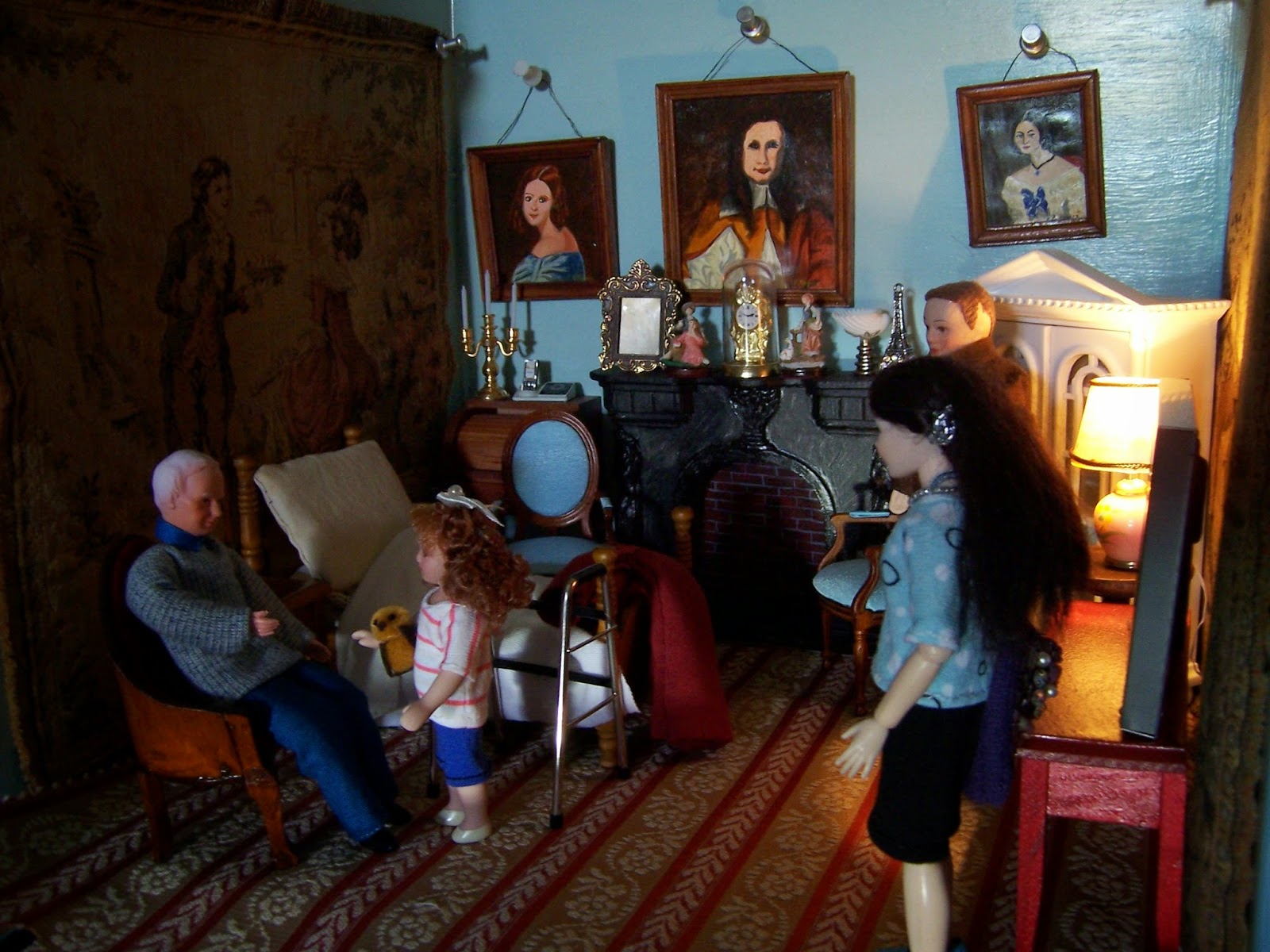 I am sure you can Imagine, Dear Readers, the Excitement with which Renee ran to her Grandfather to tell him all about her visit to the Park! She Rushed into his room exclaiming "Grandpere, Grandpere, you will never guess what Happened!" She had his full attention as always, but she could barely get her words out in her hurry to tell him everything! "Hibou Flew!" she exclaimed. 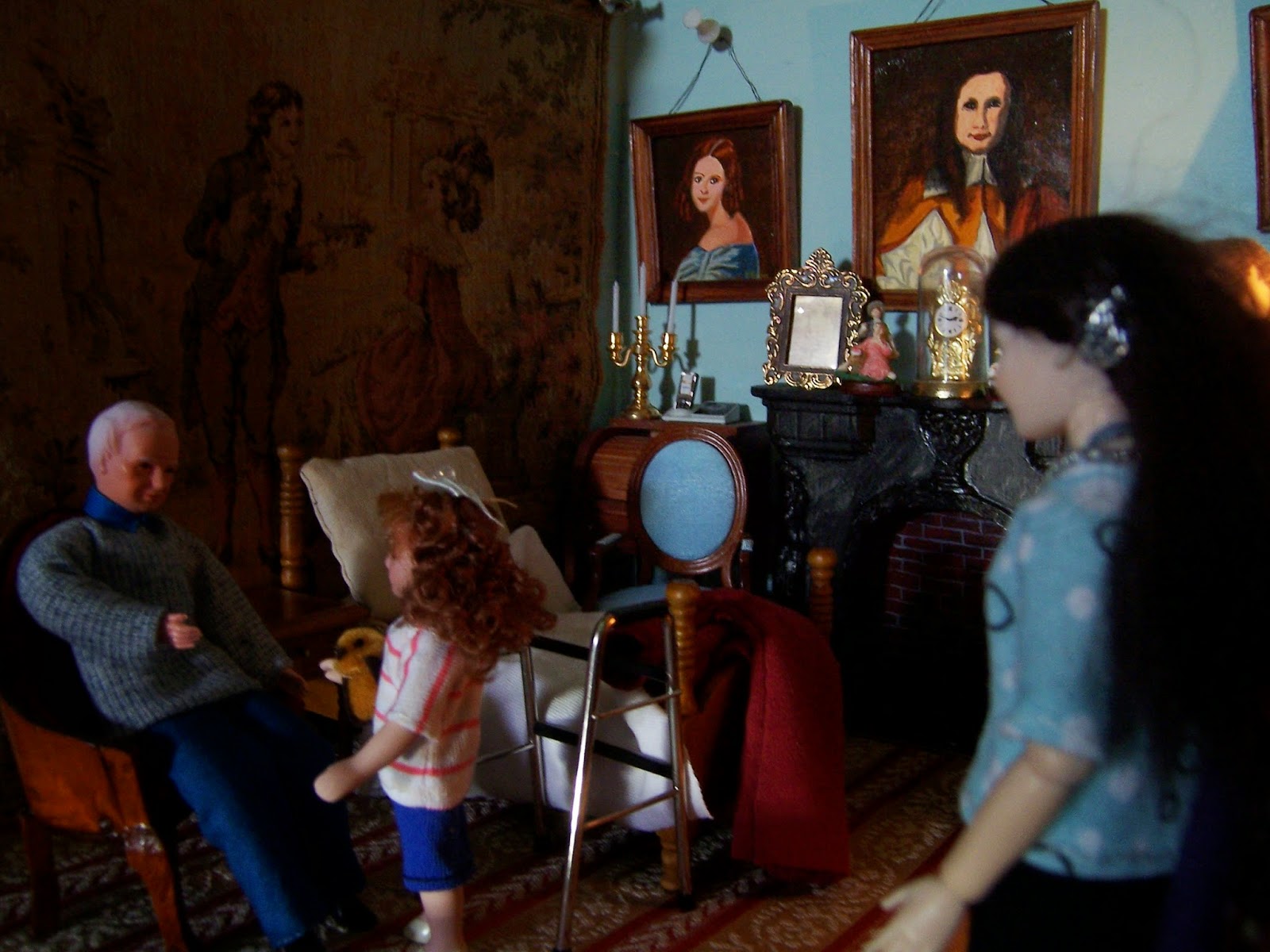 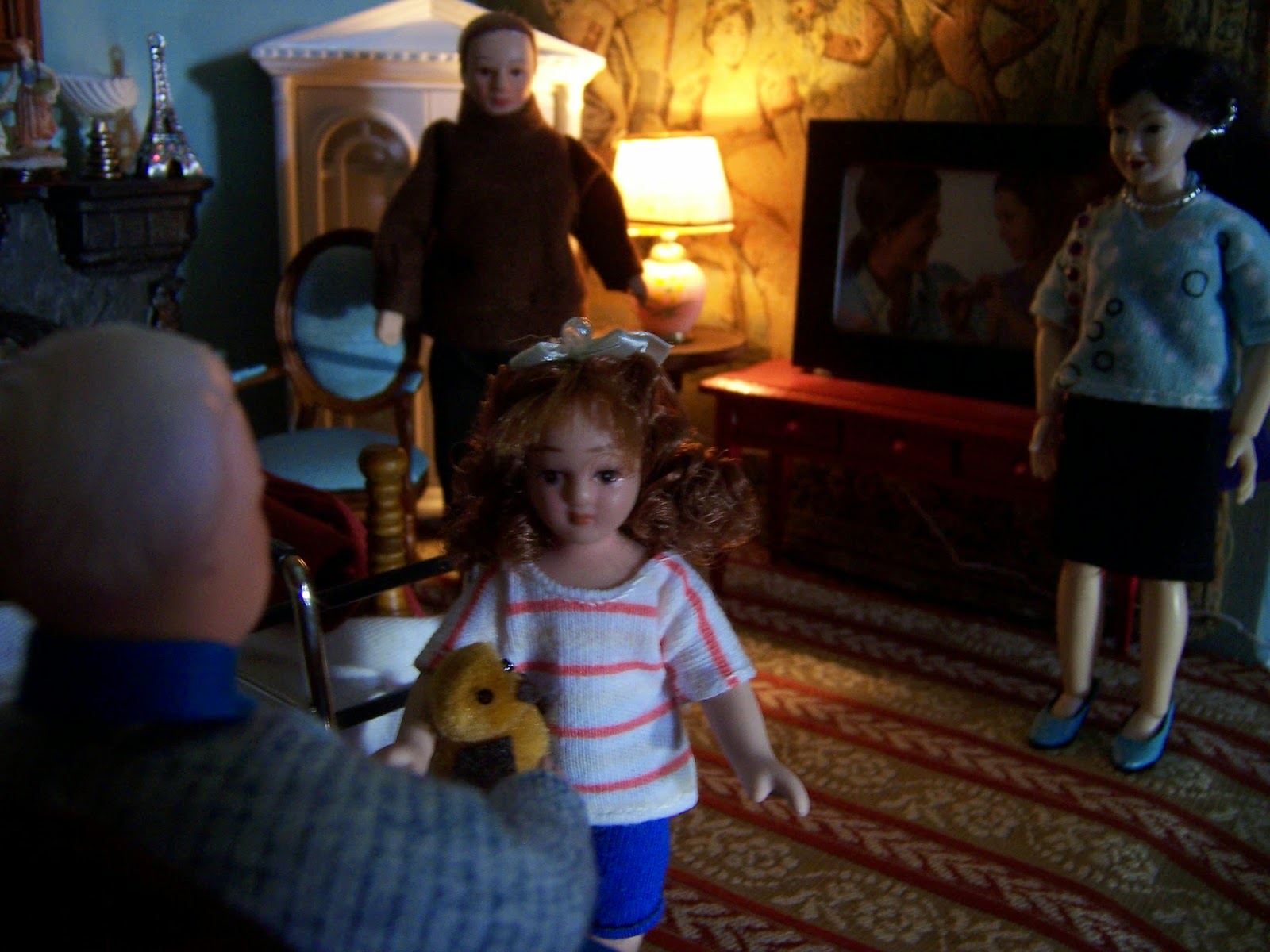 "And THAT Man was there..." she said
"And he Saved Hibou!" she exclaimed. 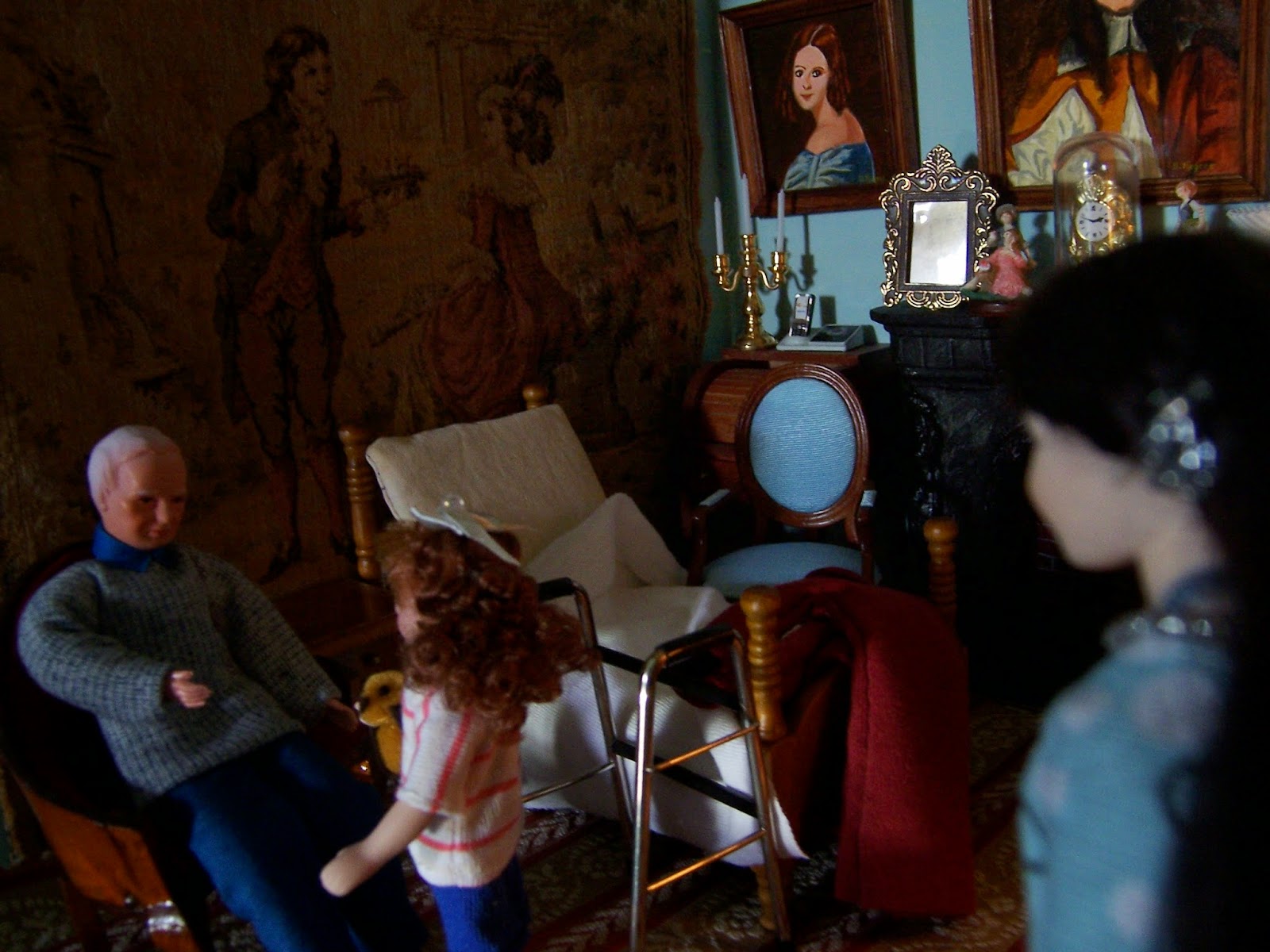 Guillaume could not help but wish he was at the Park with Renee...
he was sure he would have rescued Hibou himself if he could....
He wished he could be her hero too! 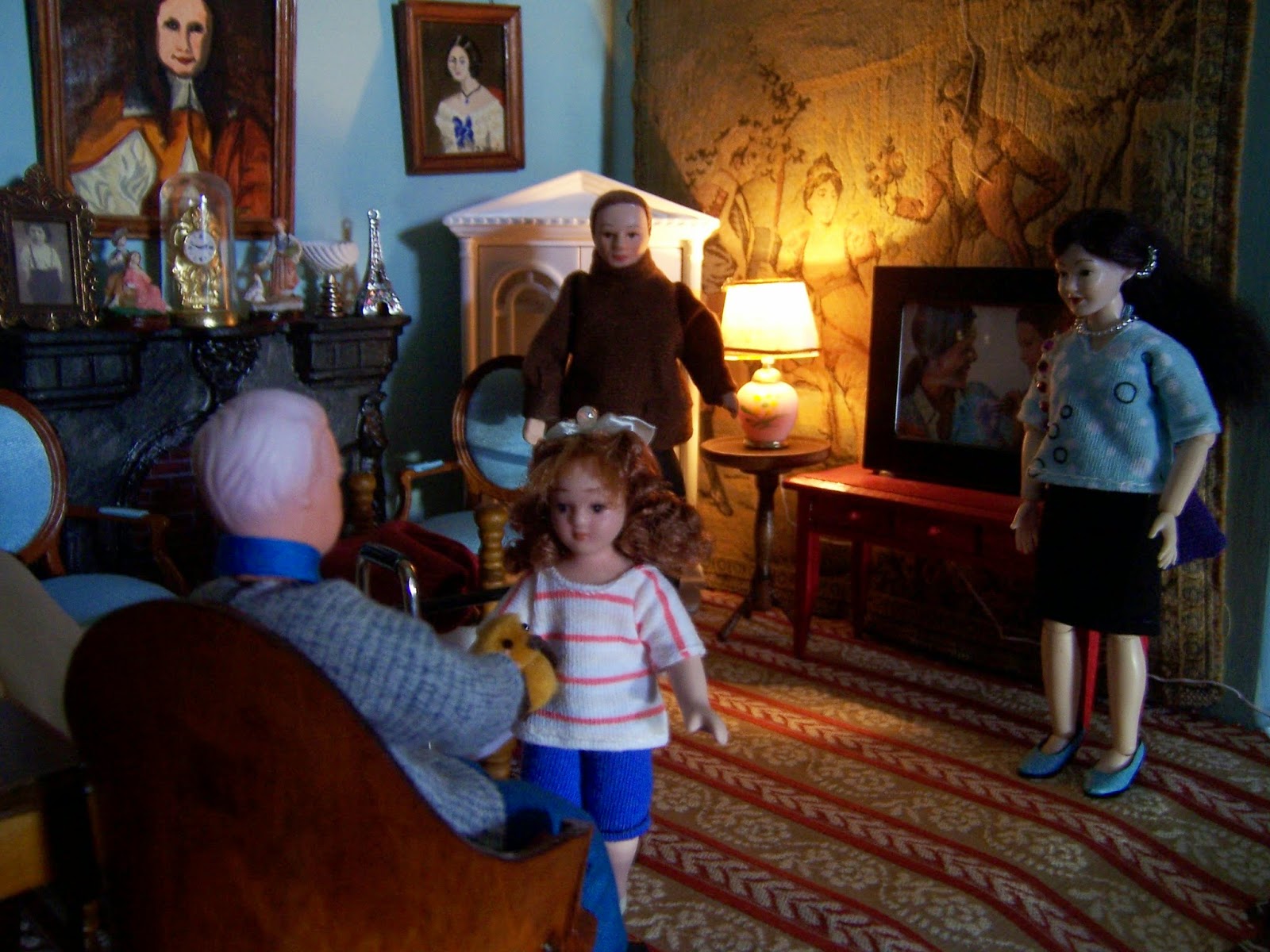 Jean Paul, Guillaume's Aide, was also listening to all that Renee had to say.
But he was surprised that Gabrielle was obviously meeting someone at the Park while she was with Renee.  He was certain that Madame would not be happy to hear about that! Gabrielle had better watch her step, the thought to himself. 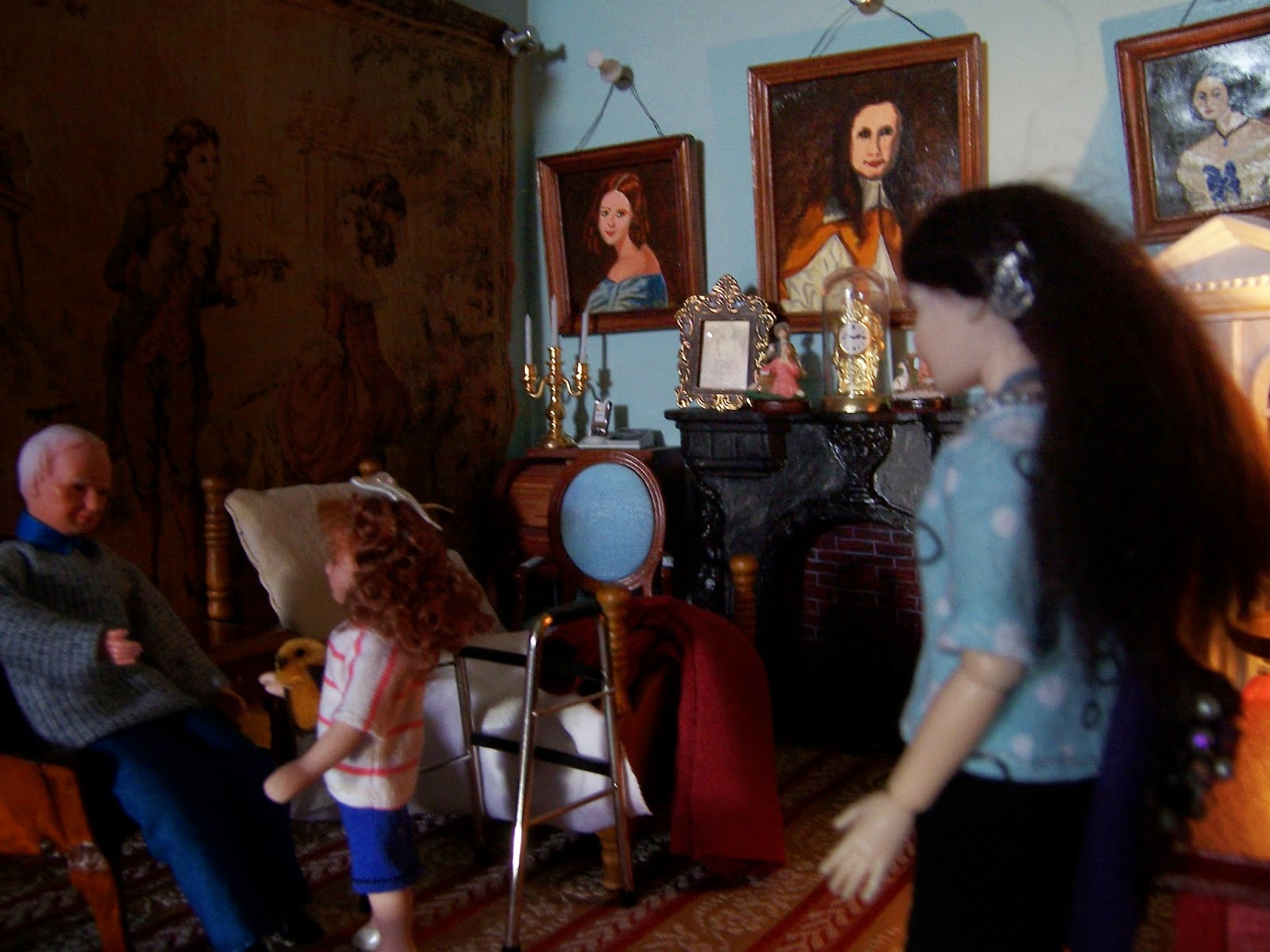 "Come away now, Renee" called Gabrielle.
"You do not want to tire your Grandpere..." she added,
although she knew he loved to hear Renee's stories.
She was ever mindful of the instructions she had been given
to keep the child occupied and not let her bother Monsieur.

But I know that you are Really Impatient, Dear Readers,
to hear what Will and Daphne had to say to each other upon discovering that they were both at the Park that same day, when each had thought the other to be on another continent entirely! 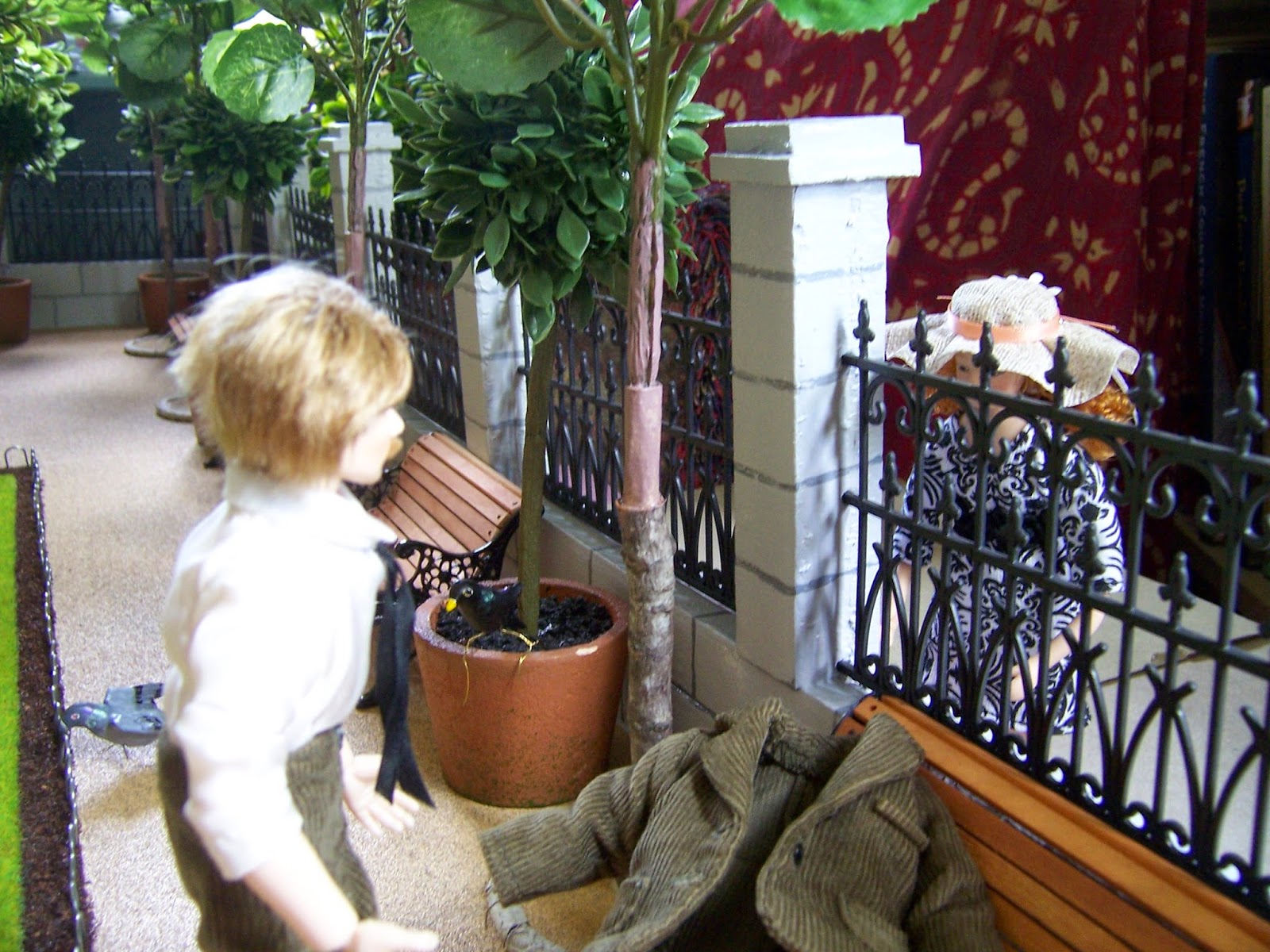 "Daphne...?" said Will, incredulously.
"What are you doing here?"
But Daphne had been watching the scene unfold in front of her for a while....
she had already gotten over the shock of seeing Will with her Child....
" I would ask the same of You, Will... " she said,
as she marched in through the side gate. 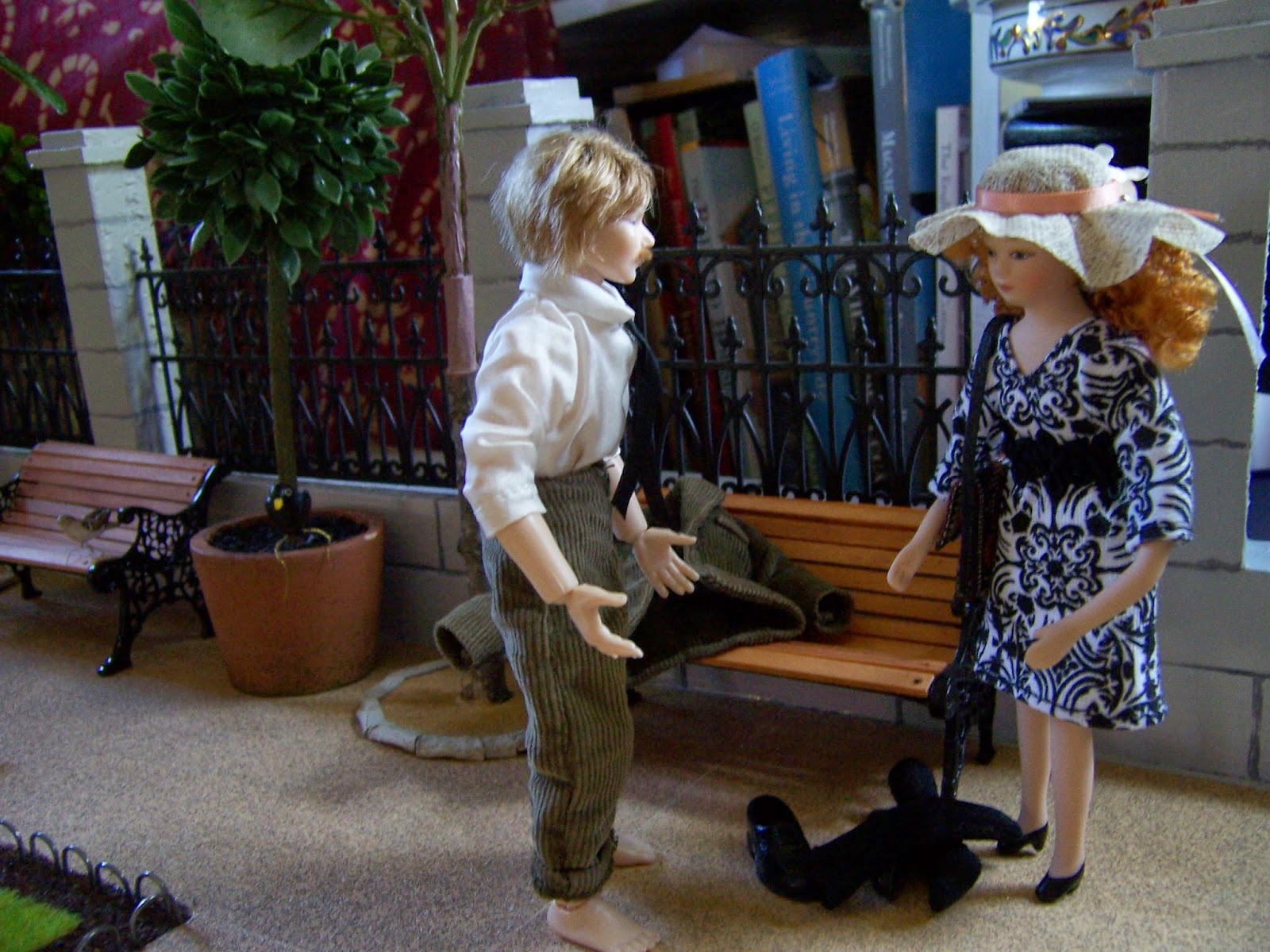 "I can't believe you would come here without telling me
and spy on my Child!" she said angrily. 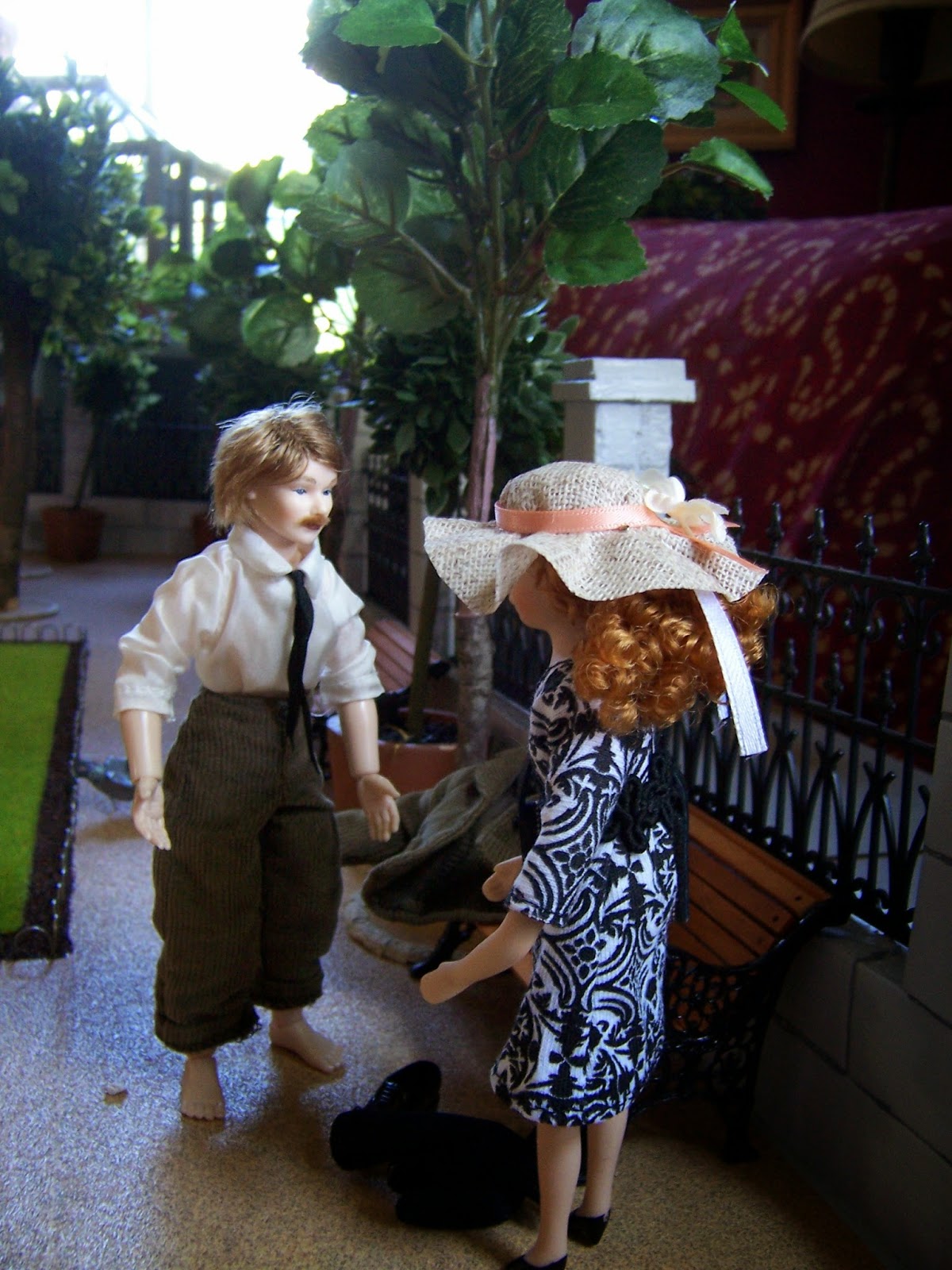 "And don't you dare try to tell me you didn't know who she is!" 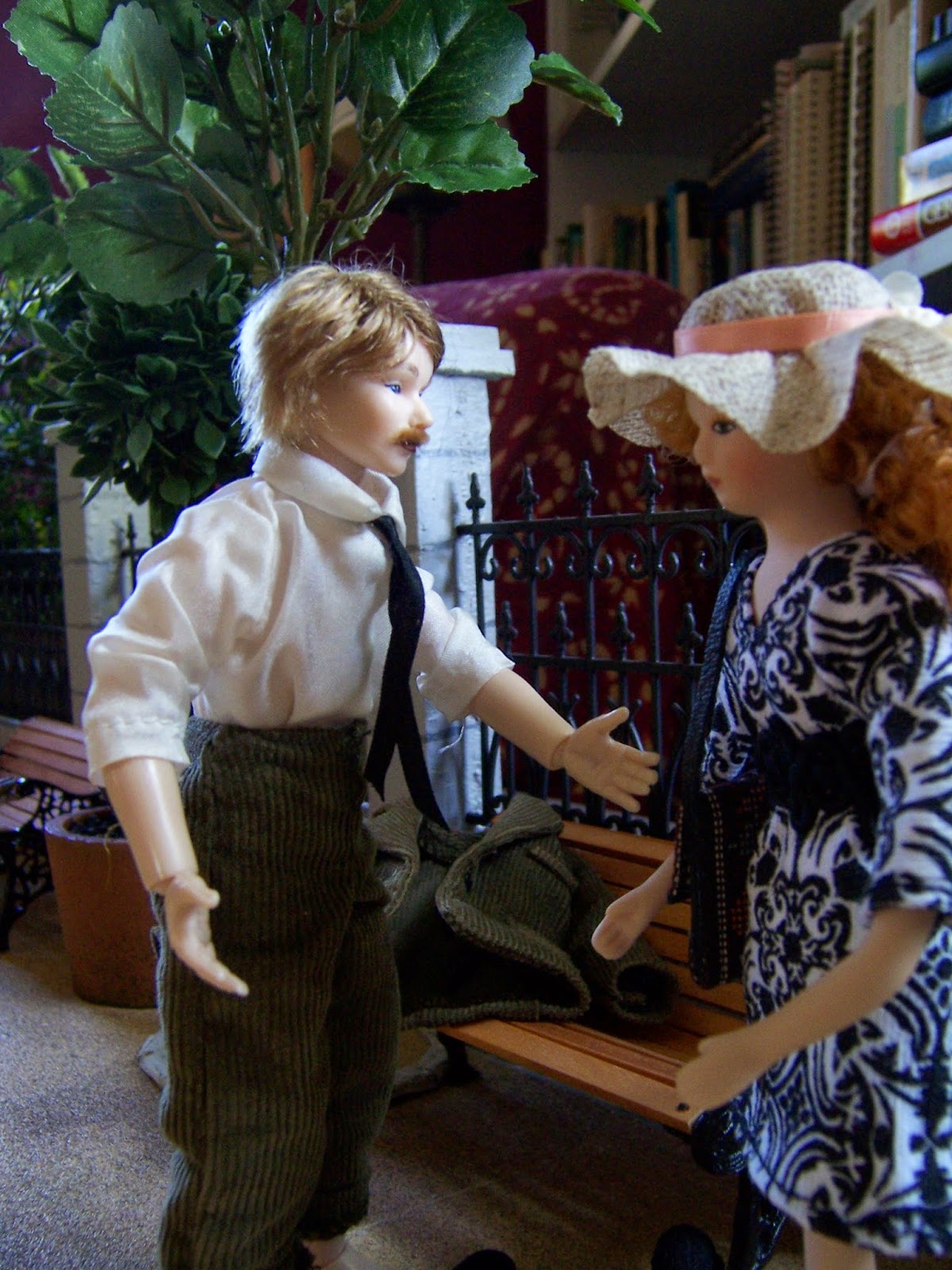 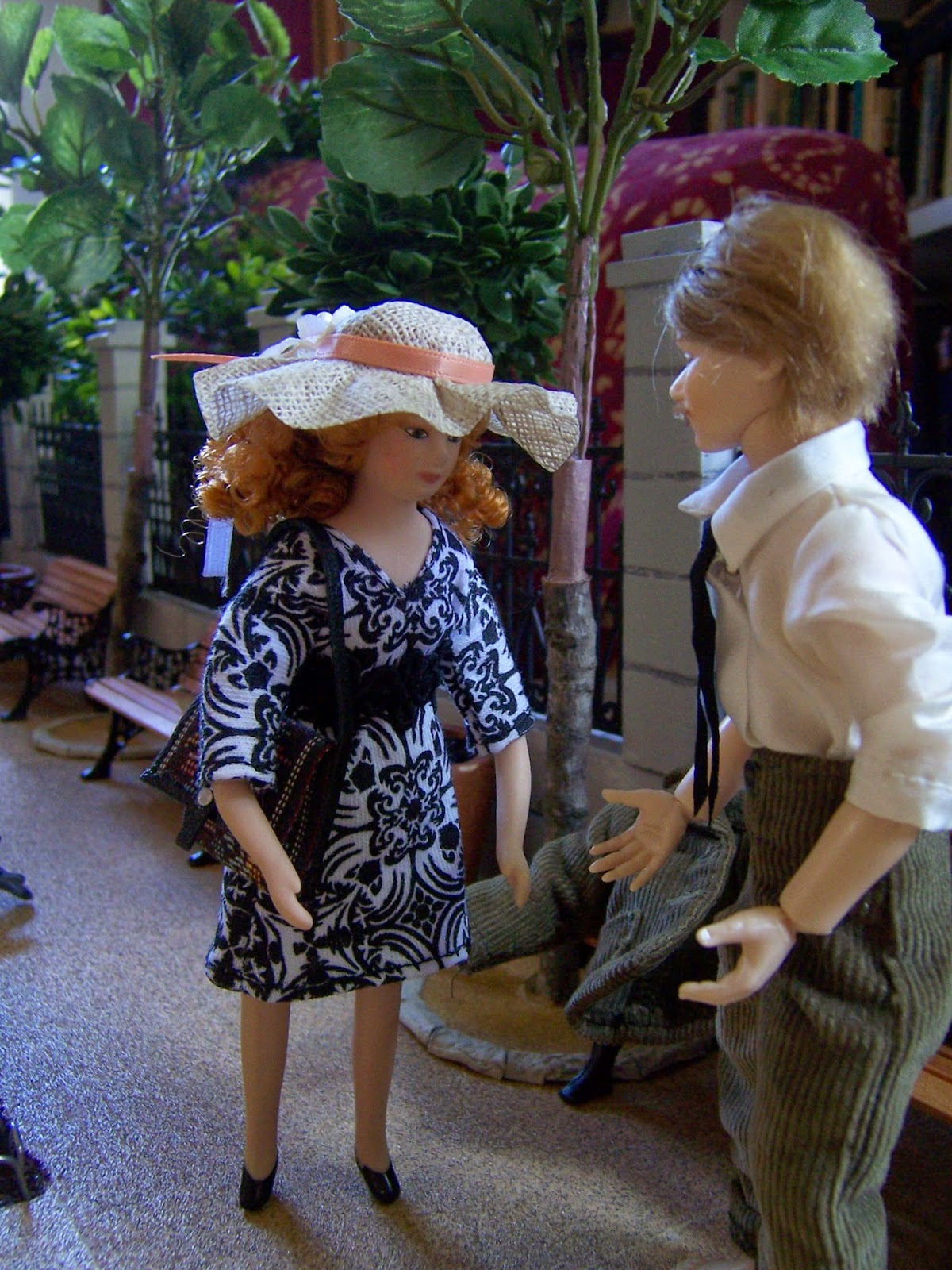 "And were you going to tell me what you found out...?" demanded Daphne. 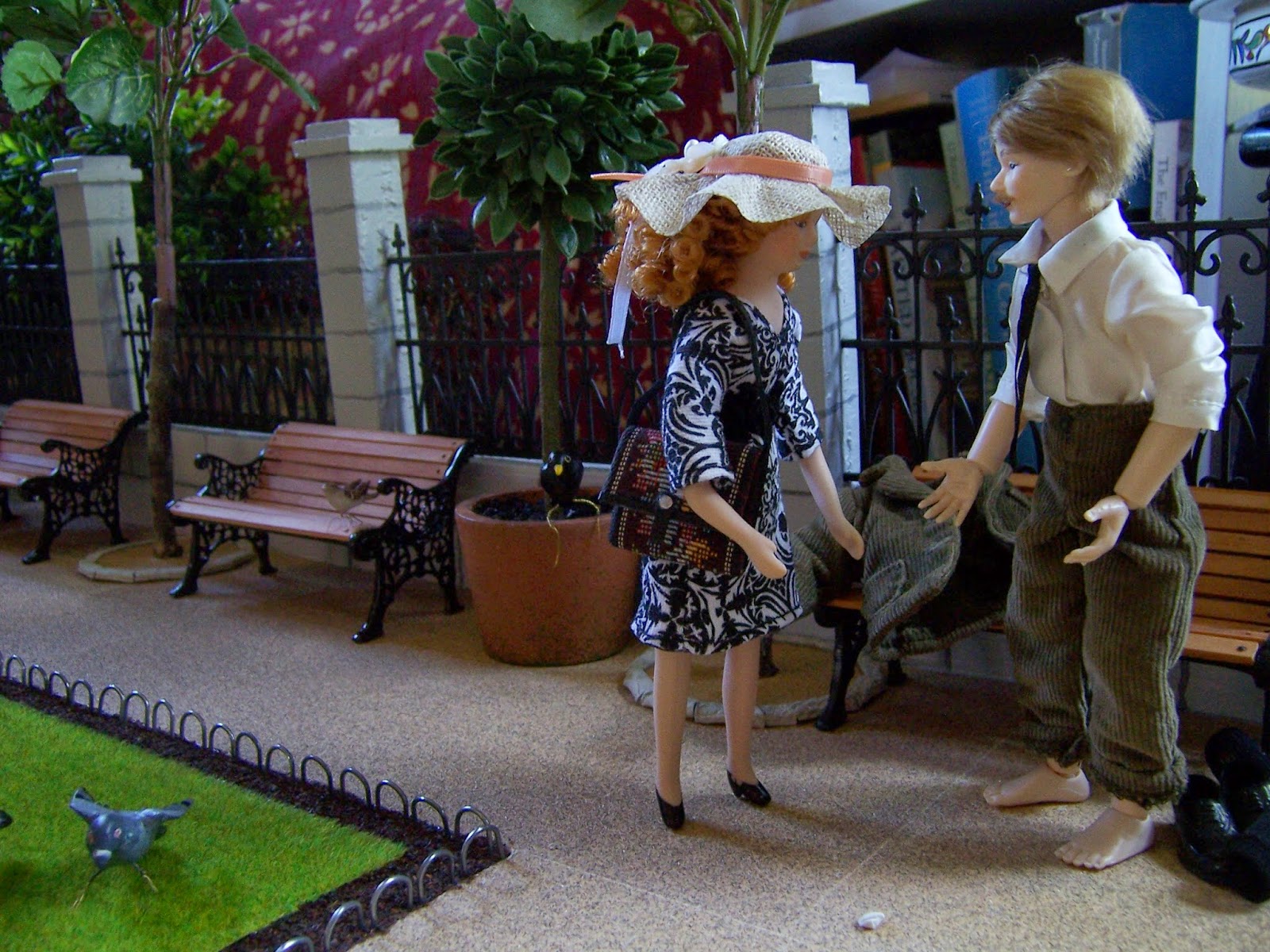 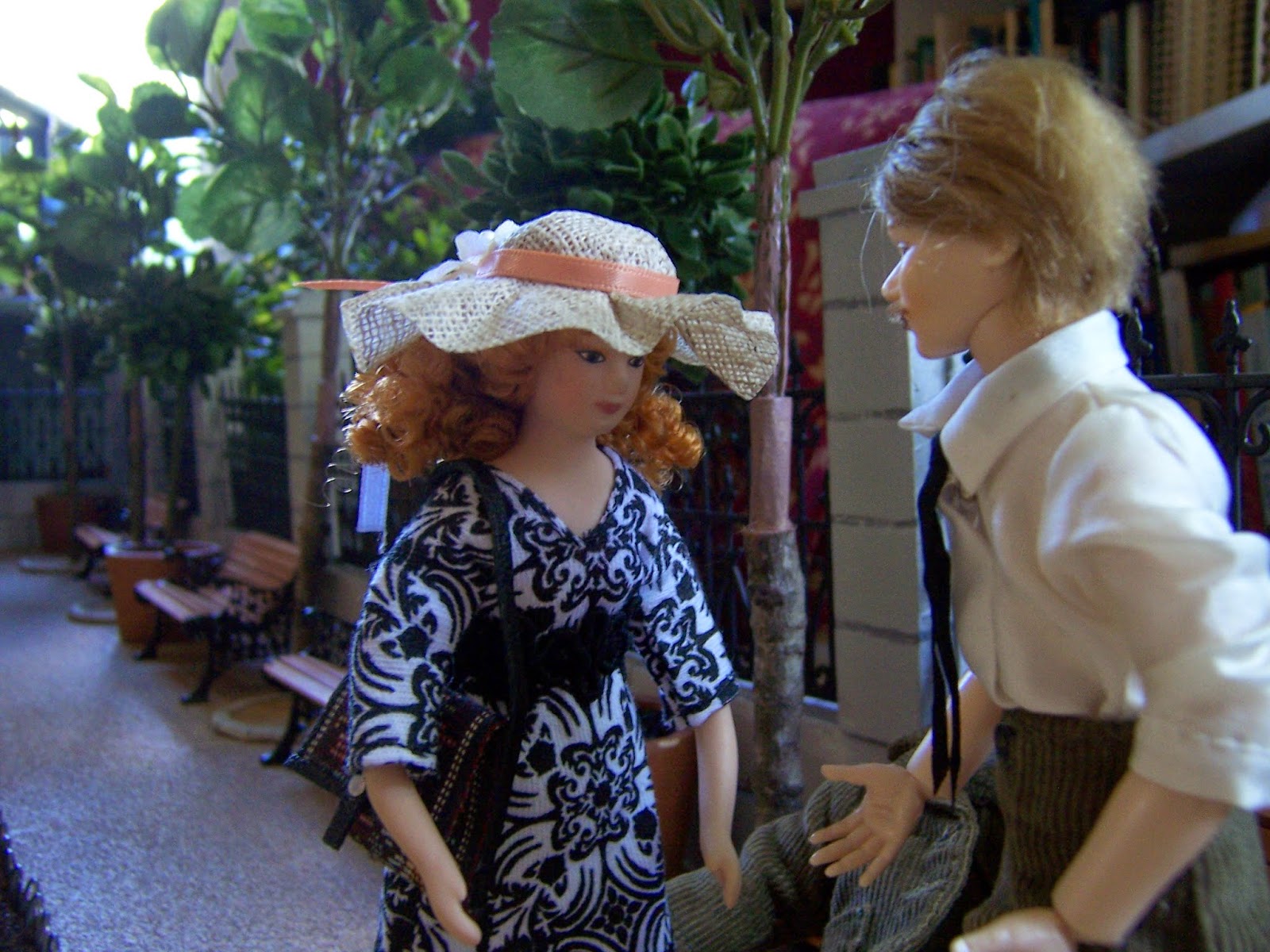 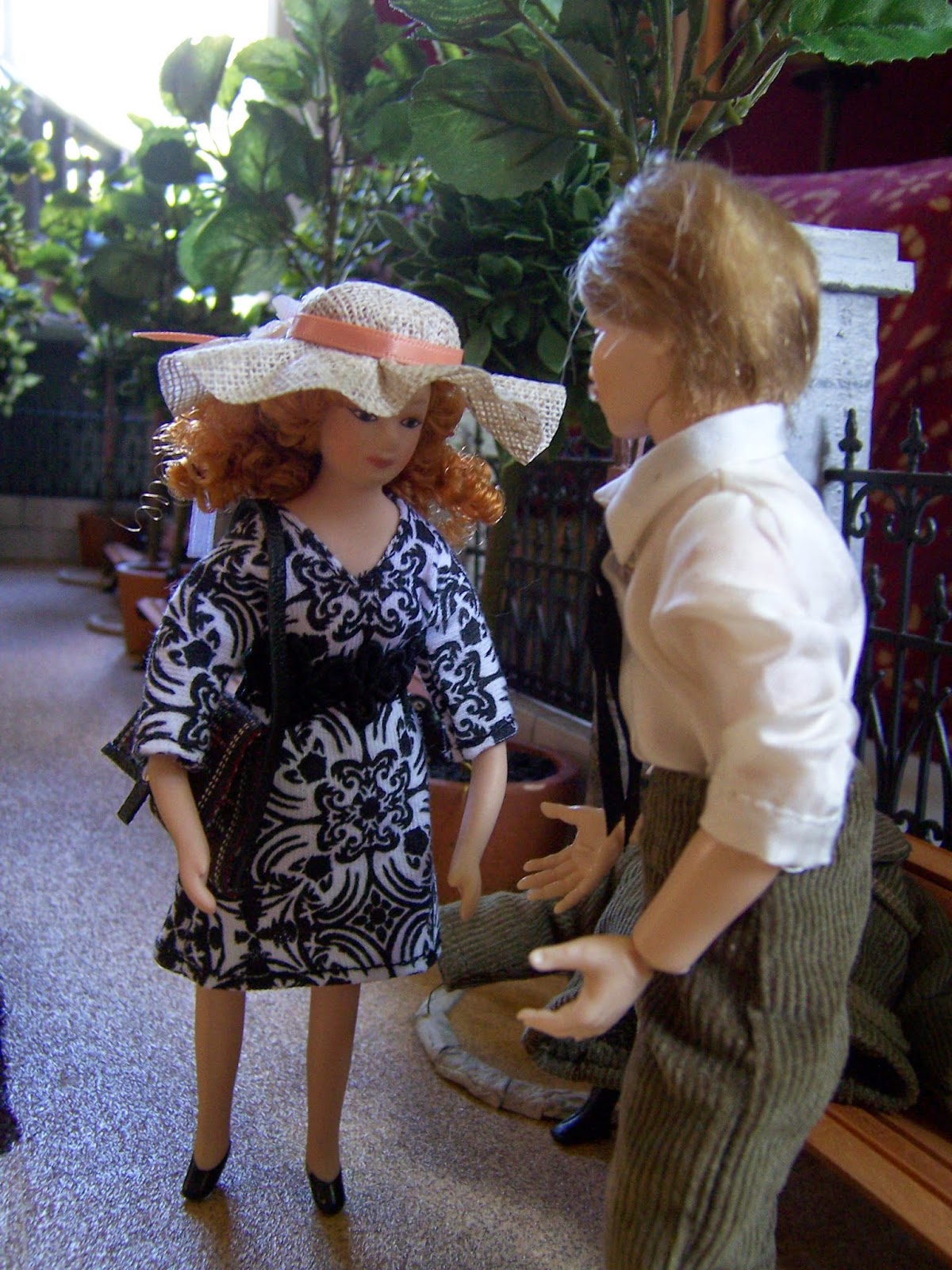 "She's My child. This is something I need to figure out by myself!" 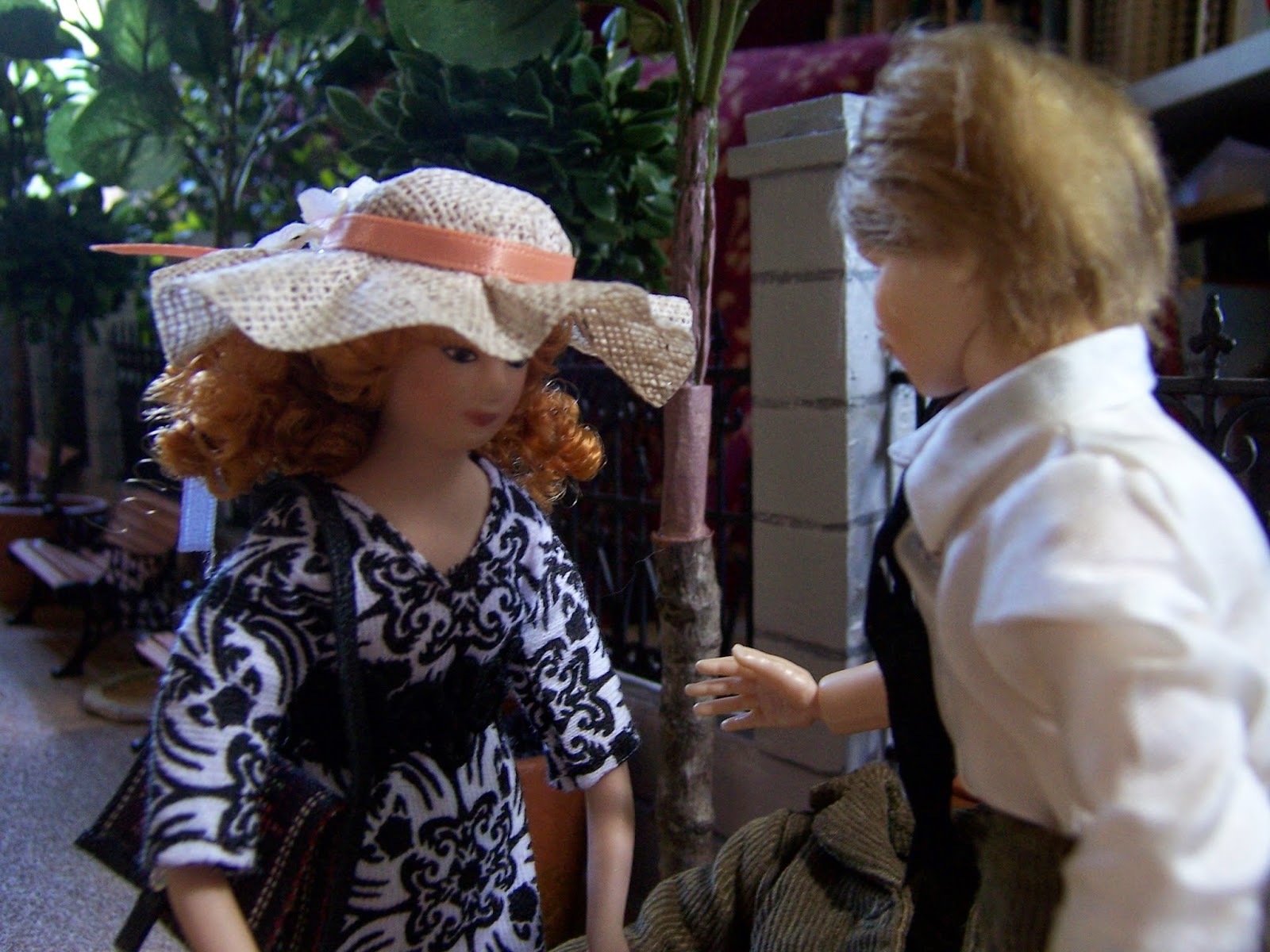 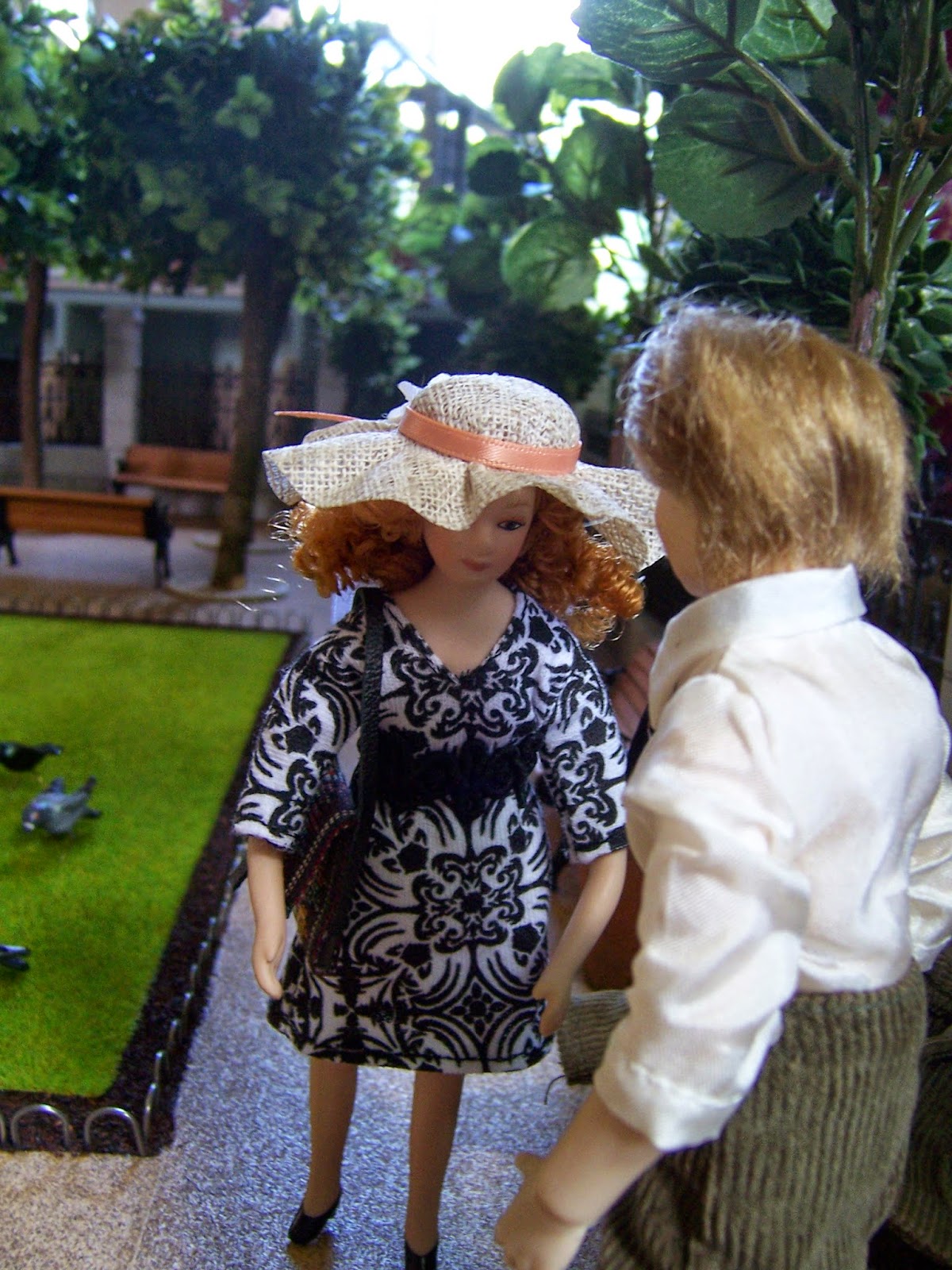 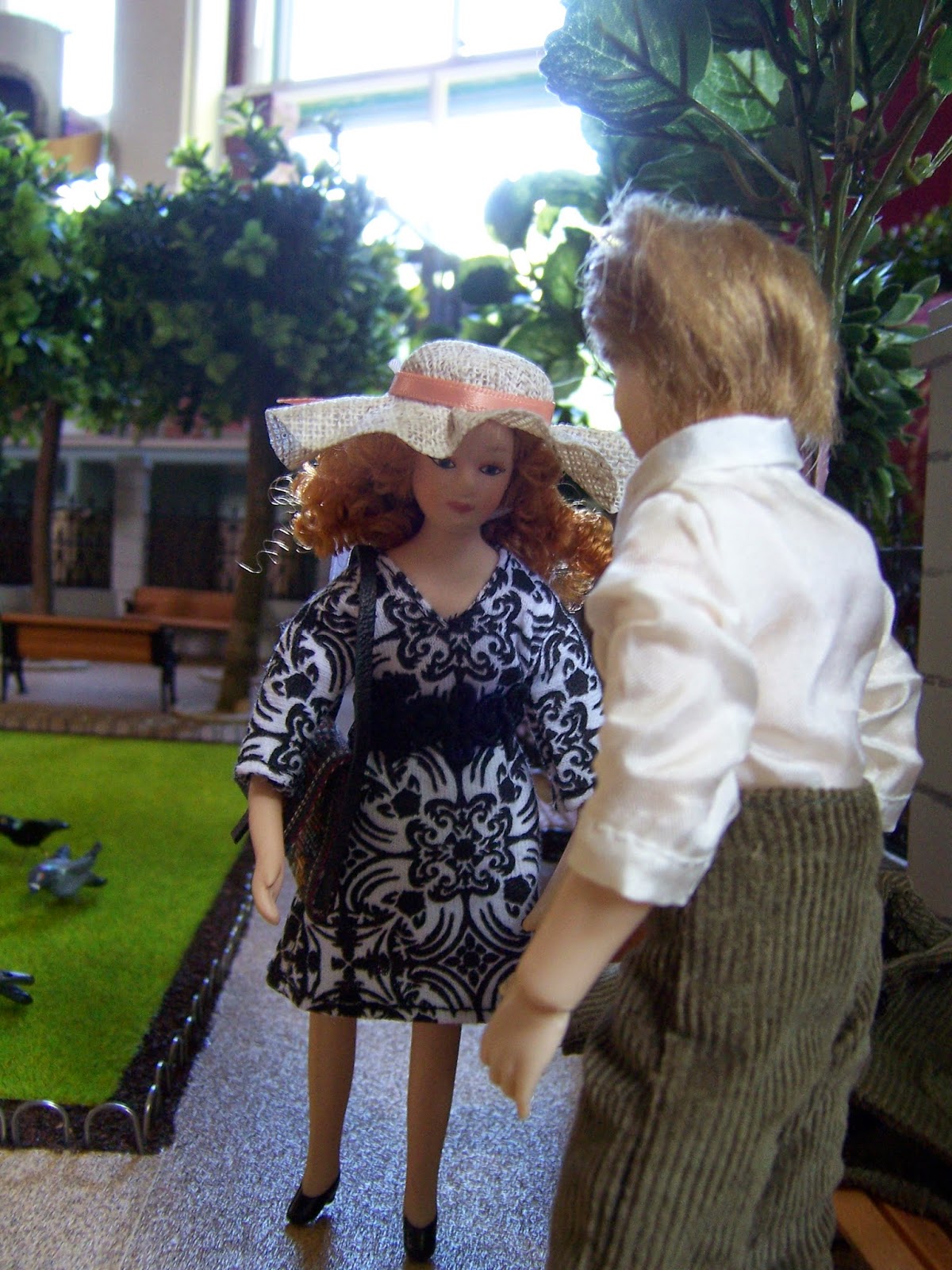 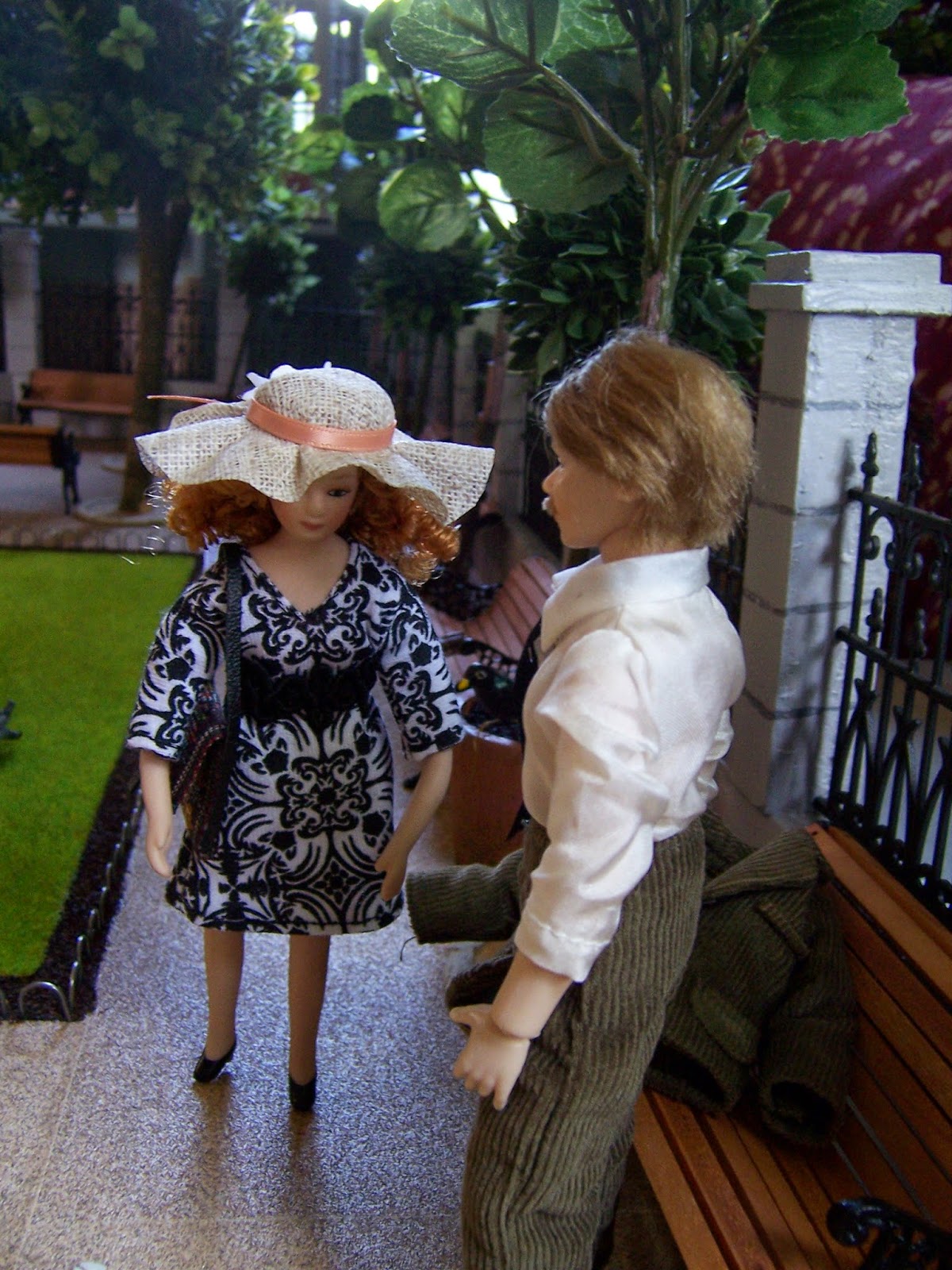 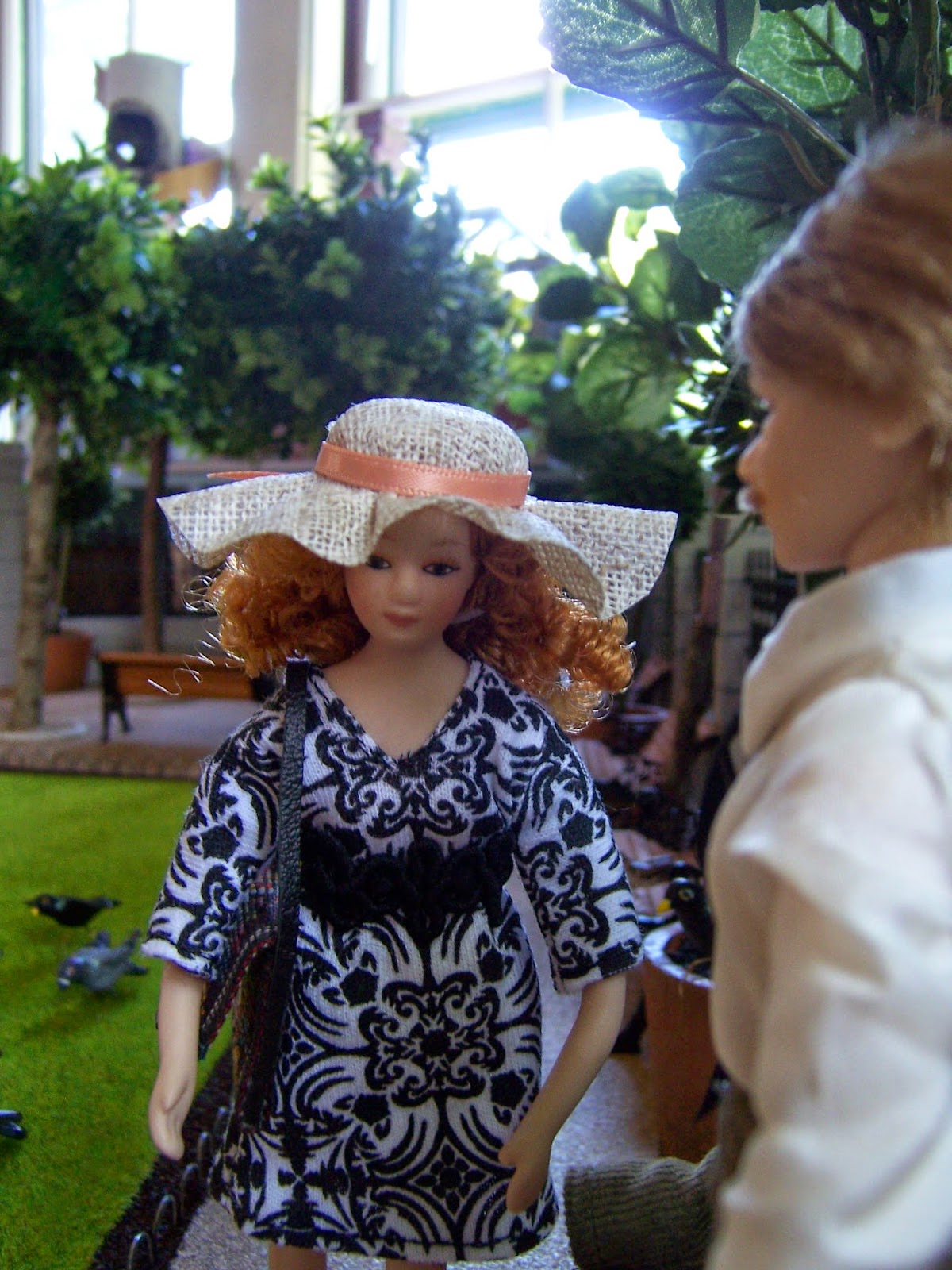 "Well, I saw the way she looked at you...." said Daphne.
"Like you were everything she ever wanted...."
"I just can't love you that way, Will"
"You deserve someone who can love you like that." 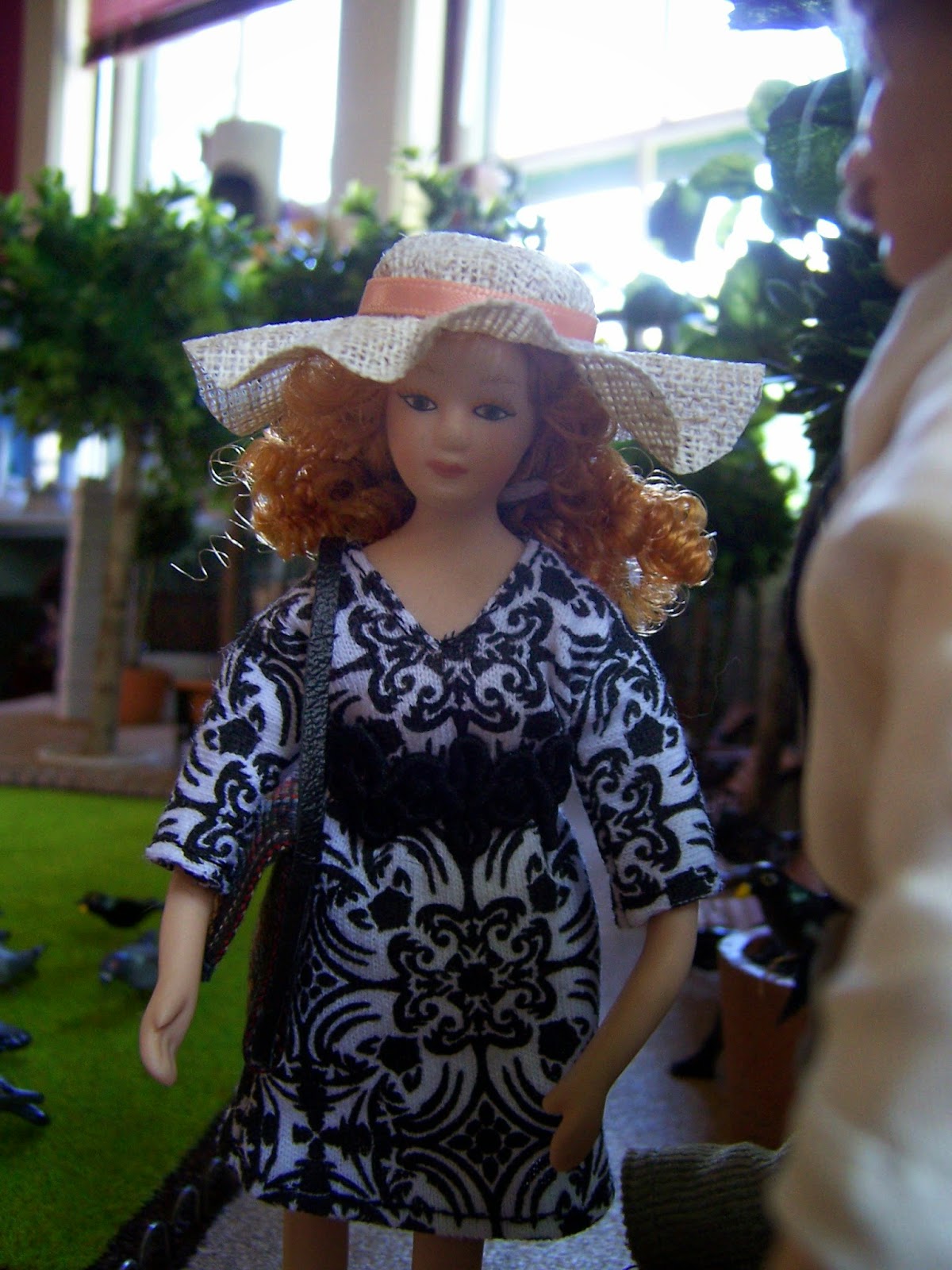 Will cleared his throat. "You sound like this is 'good-bye'..." he said. 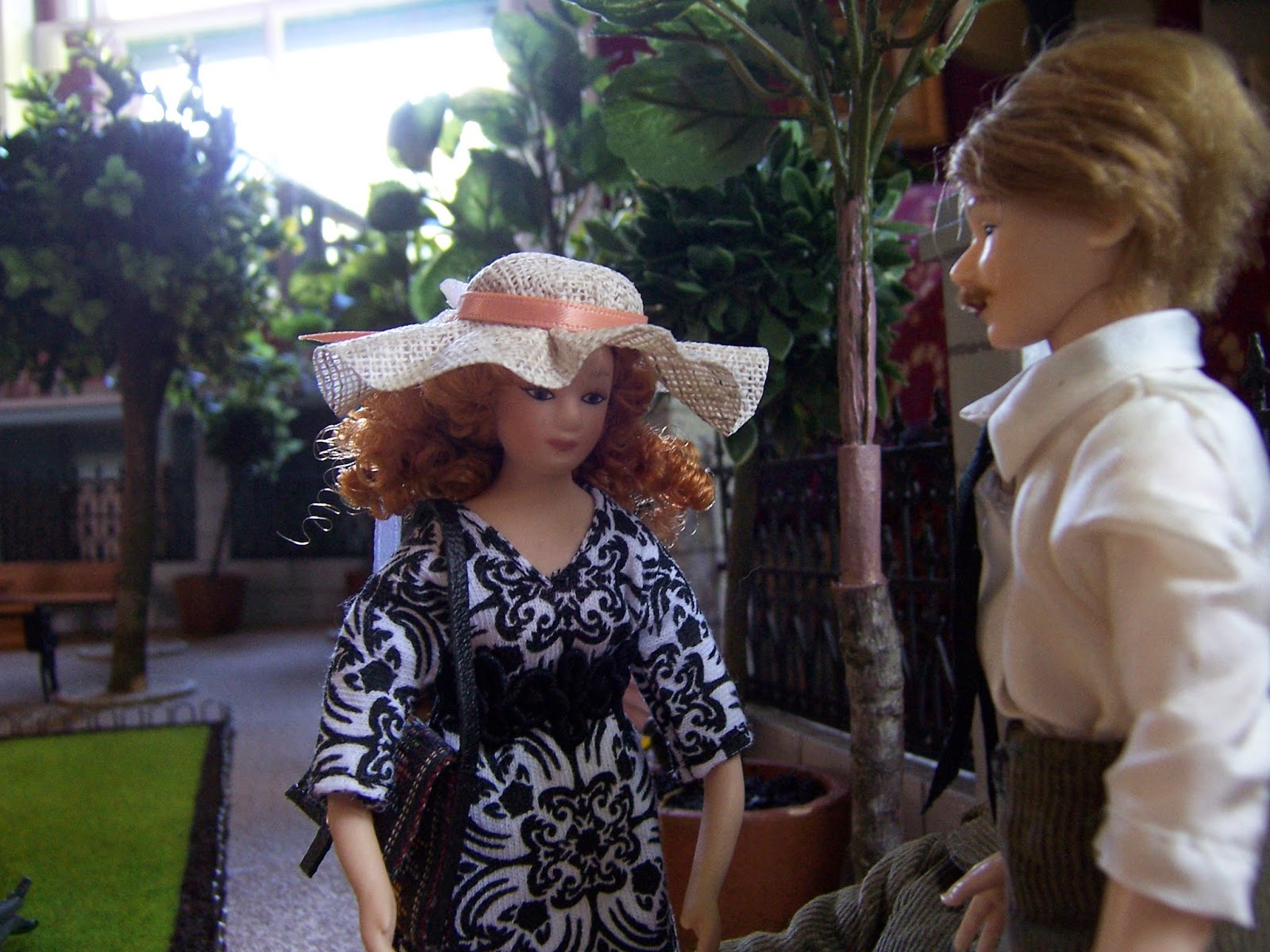 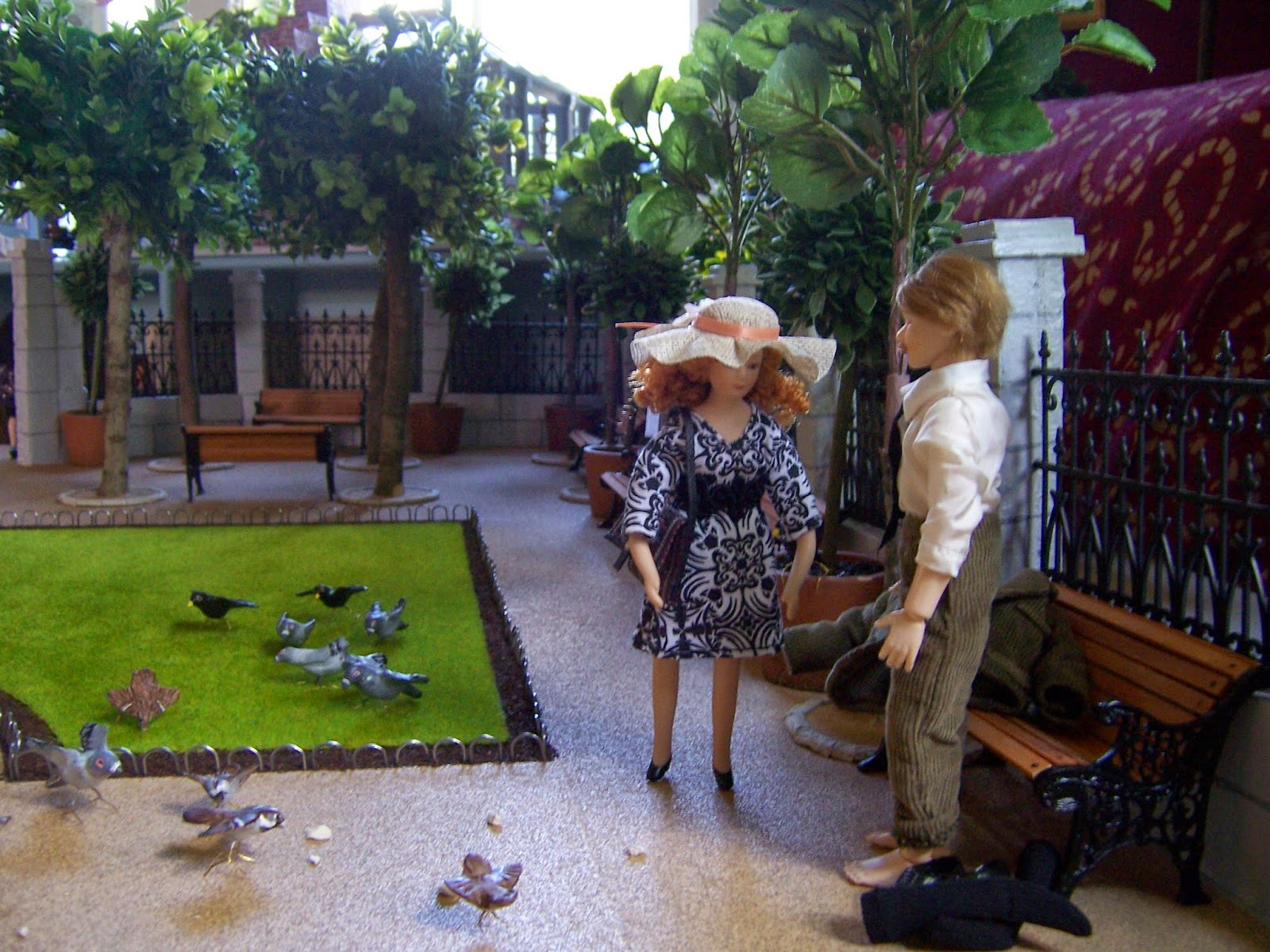 "I need to find my own way and you deserve more than I can give you."
"I'm sorry. Good-bye Will."
And she turned and walked resolutely away. 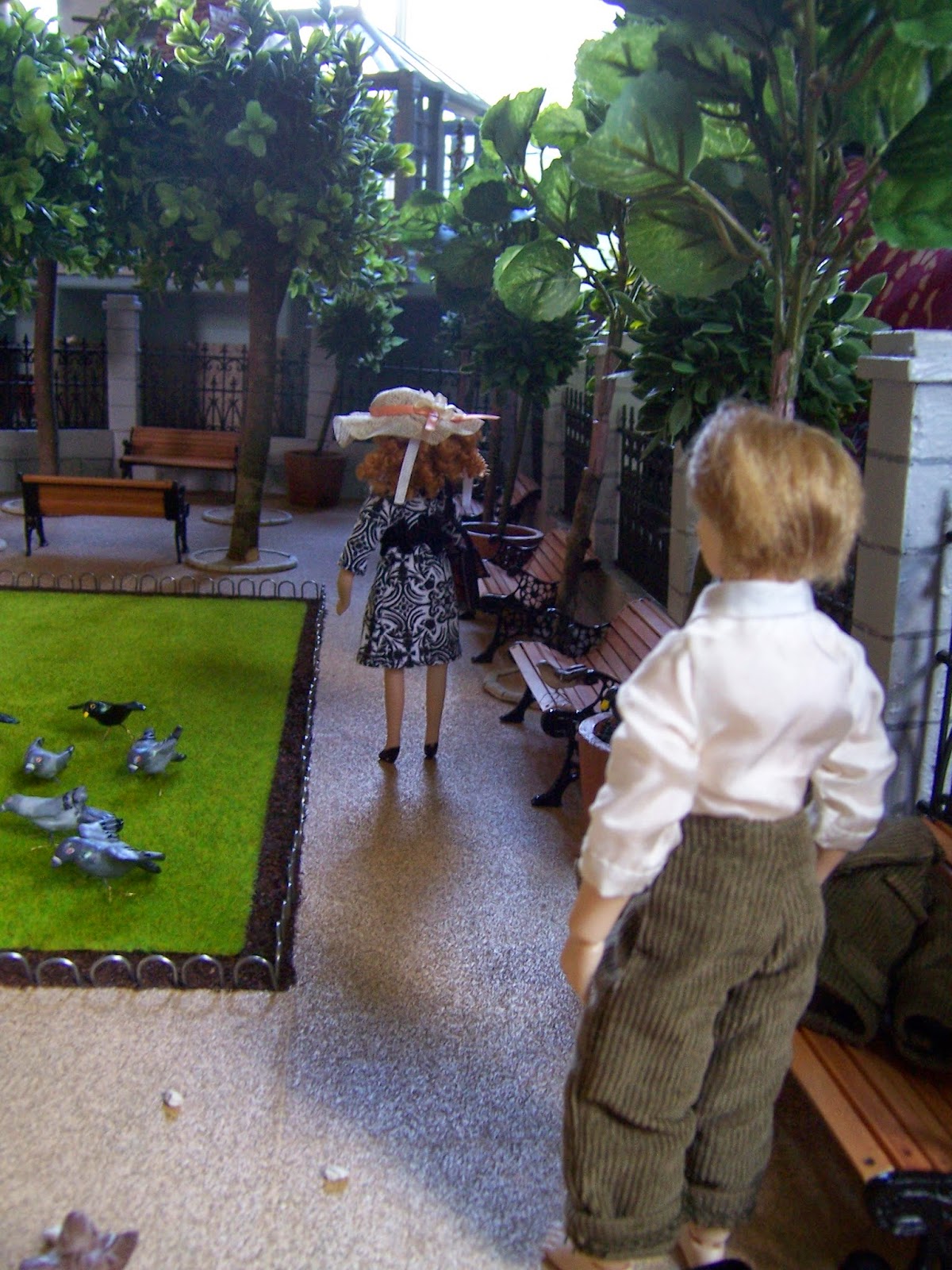 Will stood and watched her go.
He tried to remember why he had felt so good such a short time ago.
Or was it ages ago.... it almost felt like a different lifetime now. 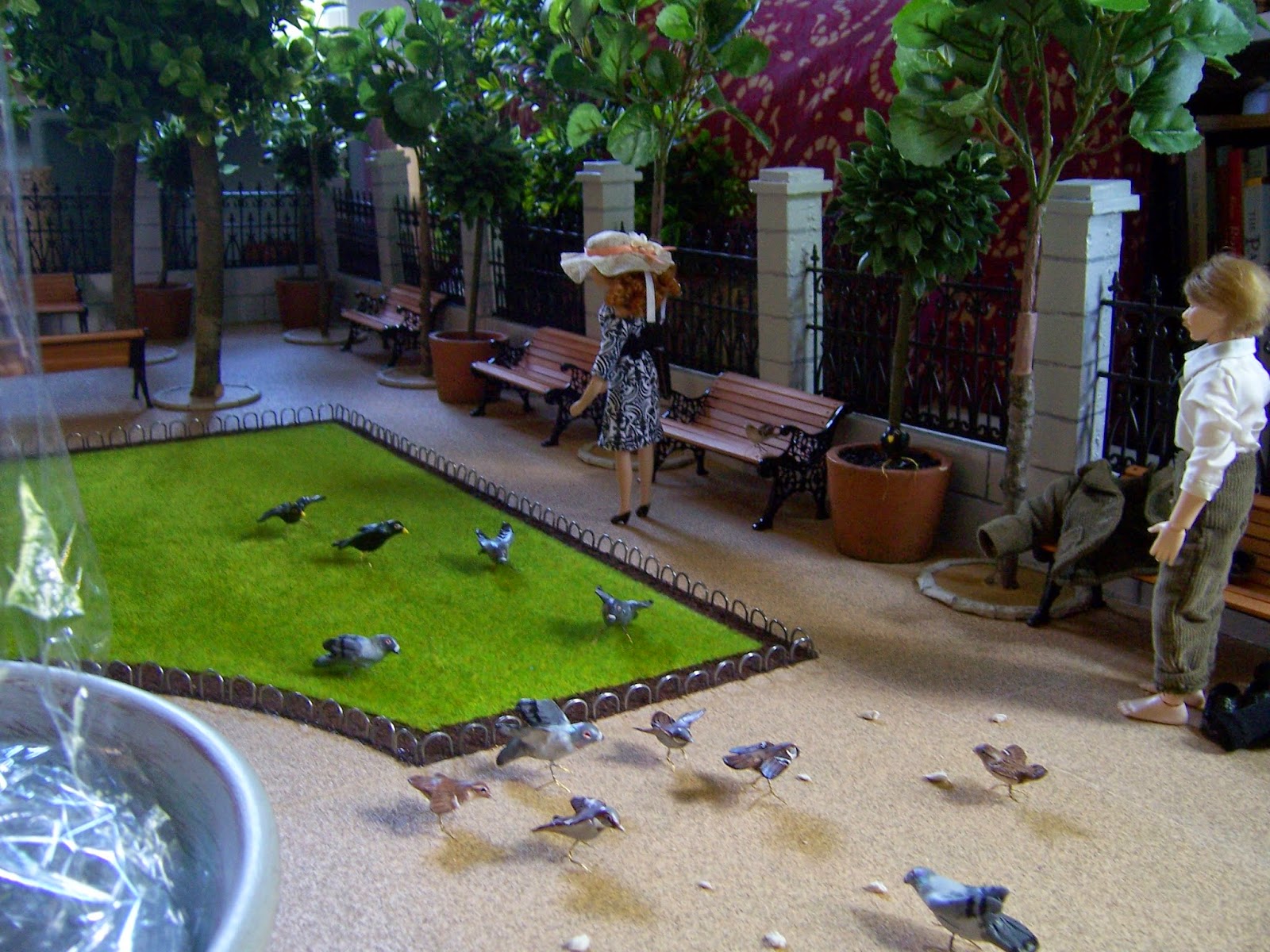 But I cannot leave you there, Dear Readers,
because just at that moment on the other side of Town
Will's gregarious friend Mr. Louis Davenant was sitting down to
morning coffee in his garden.
And he had a guest with him, his cousin on his Mother's side,
Yvonne deMontaigne. 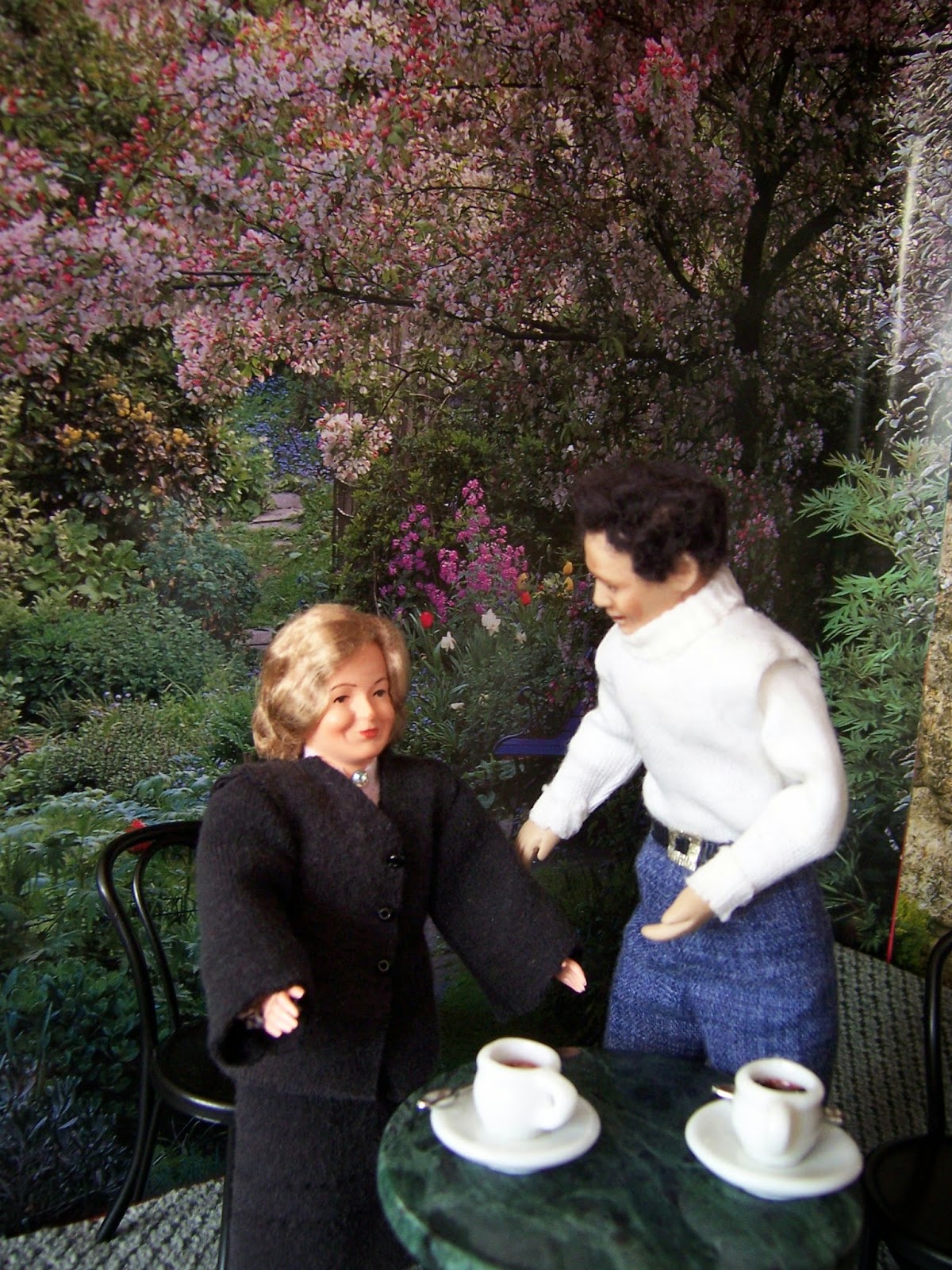 While they did not visit terribly often,
they were close enough that they enjoyed an occasional get together.
Louis was sure that Yvonne would be "interested" to hear
that there was someone in town making inquiries about adopting a child
who had been left with it's Grandparents upon the Father's death.
He was very curious to see her reaction to this news! 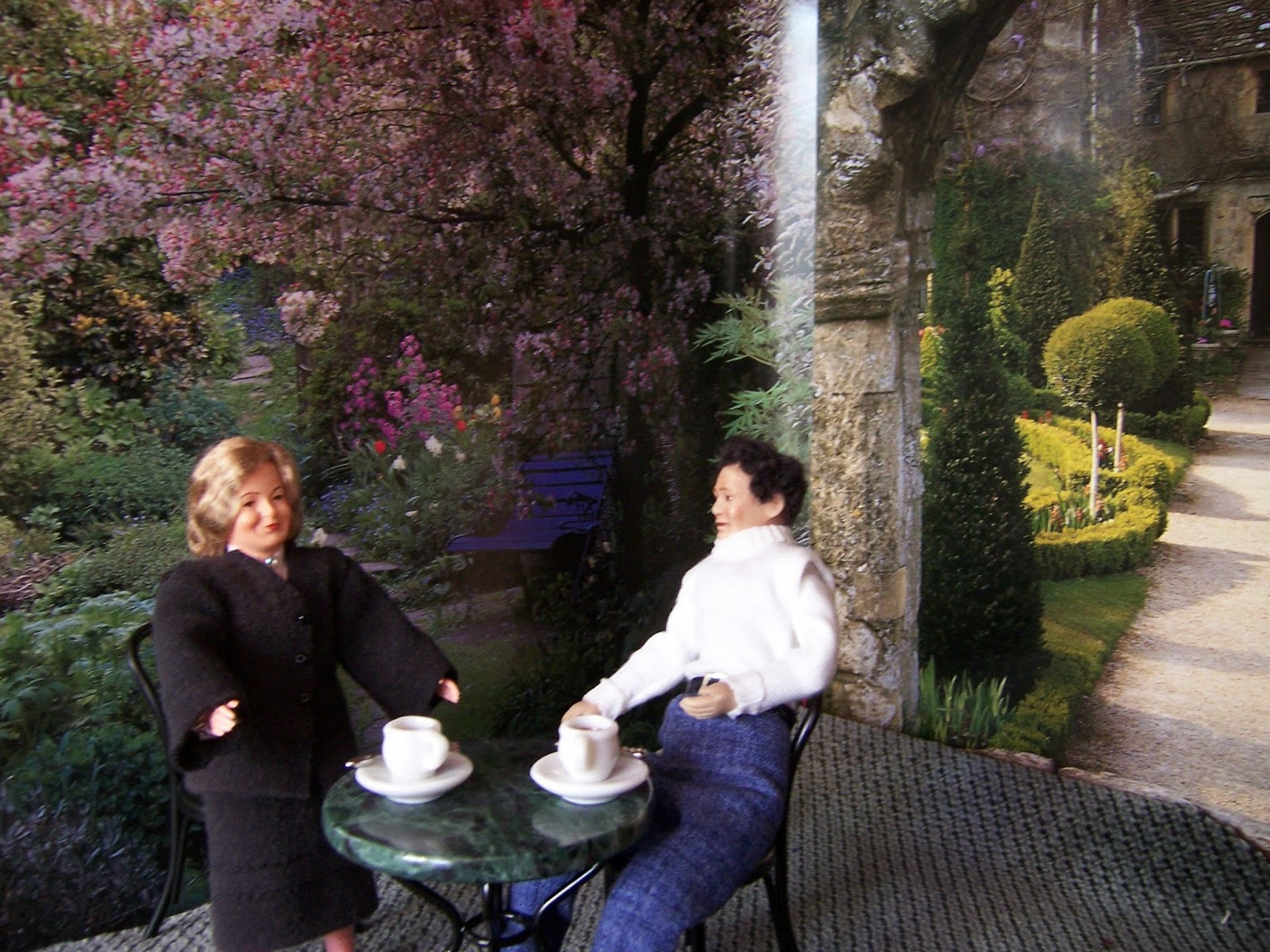 He did not feel at all disloyal to his friend,
because no names would pass his lips!
And besides, he thought it only fair that his cousin should be aware....
just in case the matter pertained to her Grandchild.
He thought the circumstances too similar to ignore! 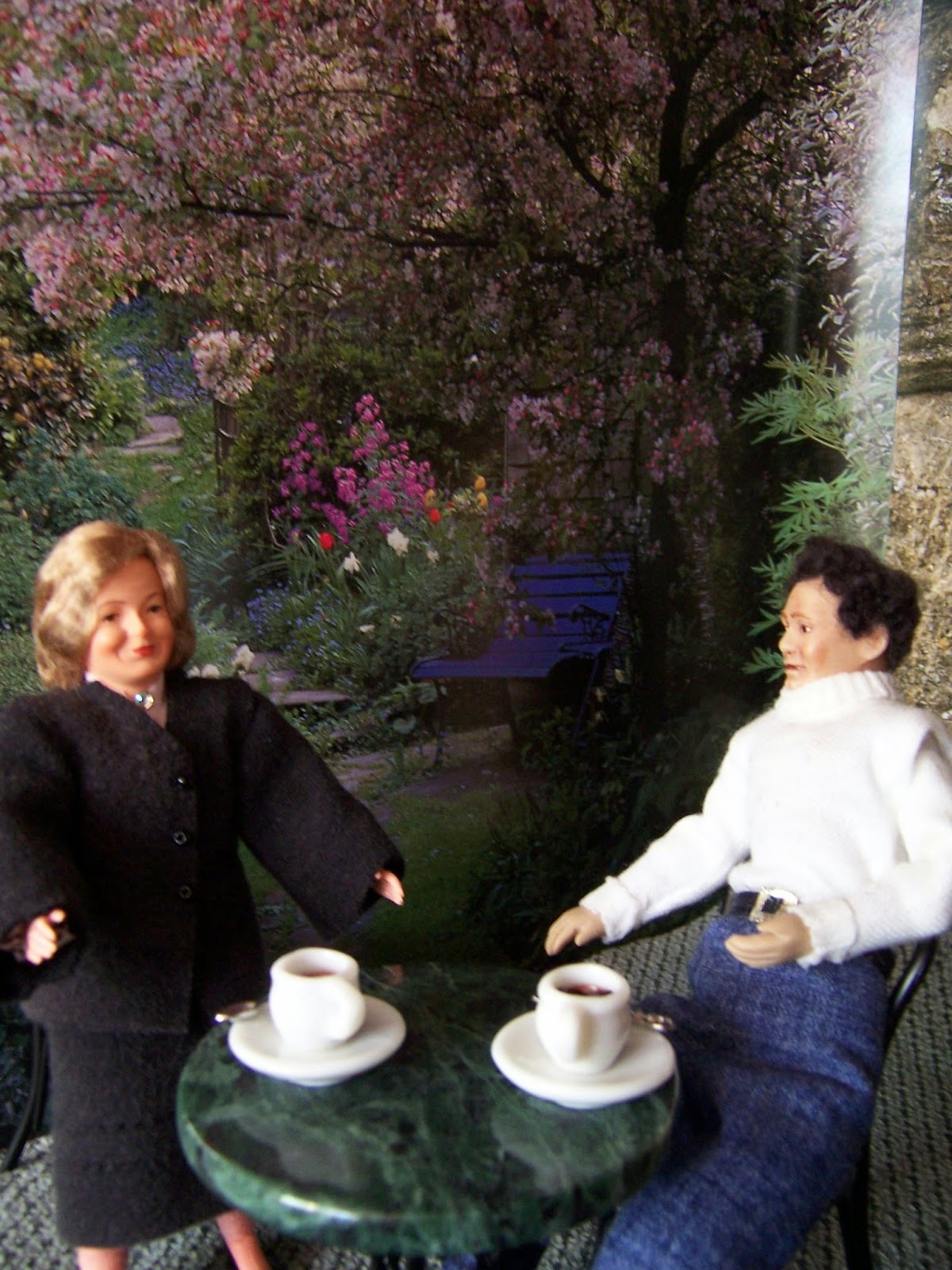 She tried not to look upset, but he could tell she was startled by the news! 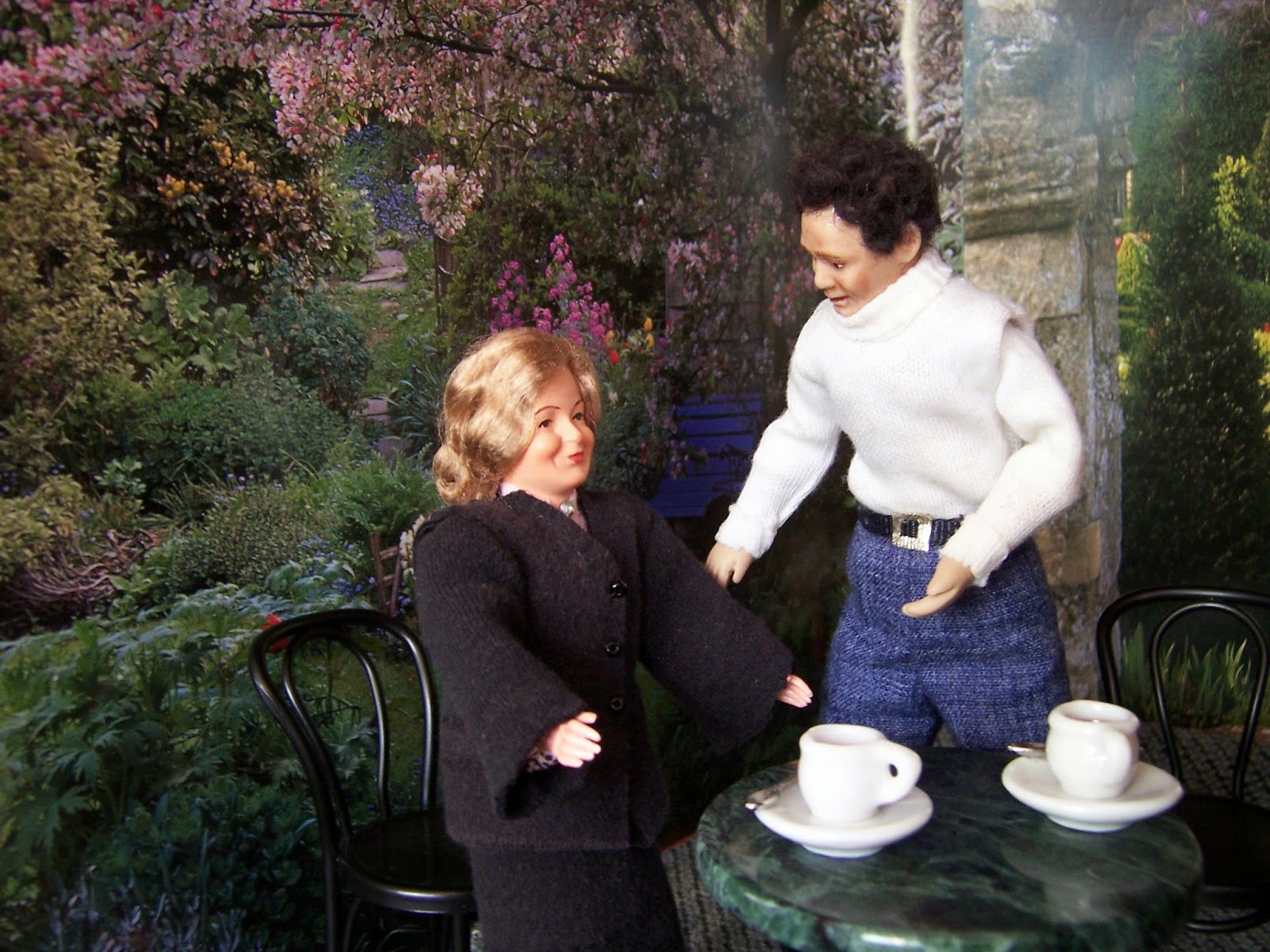 "Is there anything else I can get you..."
he asked as Yvonne got up to leave.
"Nothing at all, my dear Louis" Yvonne replied.
But clearly, her mind was already racing ahead....
she would need some answers!
As for the rest of us, Dear Readers,
I hate to break the news to you
that we will have to be patient once again,
with the Telling of this Tale!